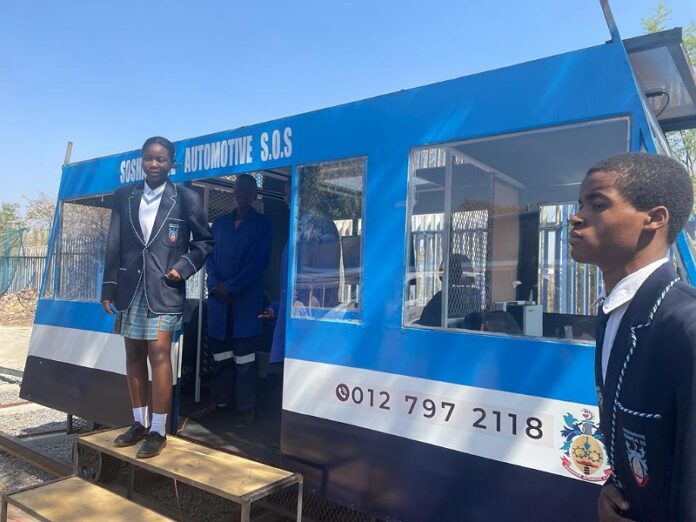 Learners at Soshanguve Technical School outside Tshwane are studying ways to solve the country’s train problems.

Led by their teacher, Kgomotso Moimane, they have built a solar-powered train.

They have even laid a railway line in their schoolyard.

When trains were still running smoothly, some learners used them to travel to school but would sometimes get to their classes late because of power failures.

This has prompted Moimane and his class to build a train that does not rely on electricity.

Moimane said 19 learners from grade 9 and 11 started working on the train last year.

“Some of them are in grade 12 this year. They really worked hard and for three to four months they researched, looked at how systems and components are working, like how solar works and what kind of batteries should be used,” he said.

The solar-powered train was informed by the research the learners did.

“They first made a model and from there they could see their mistakes and make adjustments. The children worked with passion, they refused to give up and this train is the result of their hard work.”

The train’s driver, Grade 12 learner Loyiso Matsumbo,17, said the train is a solution to transport problems faced by the country.

“Nothing stops it, it stores energy and operates even in cloudy weather. No load shedding will stand in the train’s way,” he said.

“I could be in school every single day.”

Principal Tladi Mashiane said they want to create a globally competitive workforce with high quality engineering skills that are relevant and can keep up with technological advancement in the industry.

“Our learners are given space, time, support and guidance to showcase their innovative talents and skills that result in solving current challenges in the automotive space,” Mashiane said.