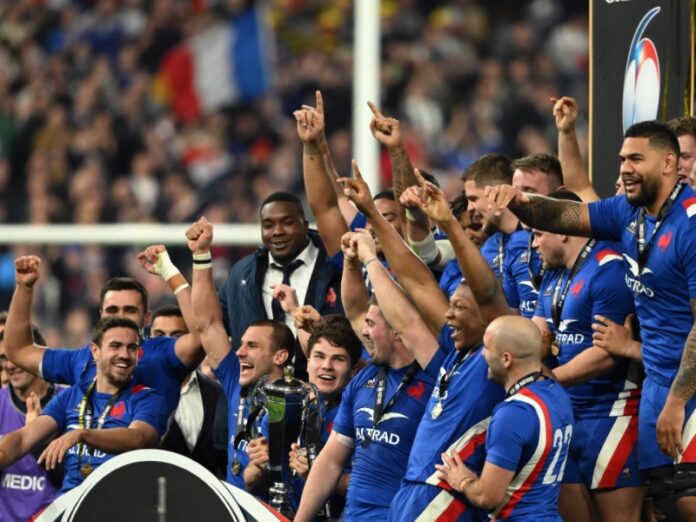 South Africa chased down the 195 run target with 12 overs to spare, leaving the ODI series against Bangladesh perfectly poised ahead of Wednesday’s decider.

The hosts were asked to field first and got off to a flyer with the first five wickets falling for just 35 runs. Danger man Shakib Al Hasan departed without scoring after being caught by Kyle Verreynne off a Kagiso Rabada delivery.

Rabada looked deadly after that breakthrough, with the pacer going on to pick up four more as he sealed his second five wicket haul against Bangladesh.

“After the first wicket, it hit a crack and bounced a bit, so we always knew we were in the game,” Rabada said post-match.

“Recently the Wanderers has been a bit uneven when you do hit the cracks, especially with the new ball. There are different game plans for each segment of the innings, the ball was gripping so our seamers used the change of pace to get grip and bounce.”

His fellow seamer Wayne Parnell picked up his first international wicket since 2017 after being recalled to the side. The 32-year-old unfortunately injured his hamstring just three overs into his spell, however, with captain Temba Bavuma having to fill in for him.

Despite this, the Proteas restricted the visitors to a below-par score of 195 and made easy pickings of the total with Verreynne and Quinton de Kock both completing their half centuries and guiding their side through to a seven wicket win.

The third and final ODI commences at 1pm on Wednesday afternoon live from SuperSport Park in Centurion.

raiser for the France vs England match was the match between Ireland and Scotland. There were no surprises at the Aviva Stadium in Dublin as

This meant that France had it all to do at Stade de France in Paris – and the prize would be winning the Six Nations Championship, something Les Bleus hadn’t done for 12 years.

France, known traditionally for either being brilliant or accepting defeat with a Gallic shrug – and nothing in between – started the match nervously. They had two scoring chances, and spoiled both by literally dropping the ball. Then they had another knock-on that could have been a try and then they made a mess of a crucial throw-in at an attacking line-out.

And the match was not even ten minutes old!

But England fared no better. Through the season, Eddie Jones has steadily worked his way backwards from being the popular coach who always has a trick up his sleeve to being a cumbersome Mr Plod (pun intended) who needs to get away from England’s national team. This match would not have done anything to improve his image.

If there was a game plan, it seemed to involve trying to do what the French do – but doing it better. And if that was the plan it was a big mistake. England players were running around all over the place throwing the ball around and happily conceding one penalty after another.

Progressively, the French attack started asking more and more questions of the English defence and on the stroke of halftime the brave Englishmen had run out of answers. François Cros scored a try making the score 18-6.

Great coaches can change games at halftime if they need to. Rassie Erasmus is the master of that. French coach Fabien Galthié had nothing to change. (If it ain’t broke don’t fix it.) What would Eddie Jones do to change the game? Well, nothing.

Freddie Steward’s try in the 48th minute is a testament to the fighting spirit of the English. The score was now tantalisingly close at 18-13, but that was basically the end of their match.

Antoine Dupont’s brilliant try with 20 minutes to go took away what little wind the English still had in their sails.

As courageous as the English were, they were never really in the match.

This match will not be remembered for much, but it does end, as a commentator said, “12 years of under-achieving” for France.

And, the gauntlet is firmly thrown down for the Rugby World Cup. While it is unlikely that France will win the Webb Ellis trophy next year – they are too inconsistent for that – they will certainly be the team to beat.