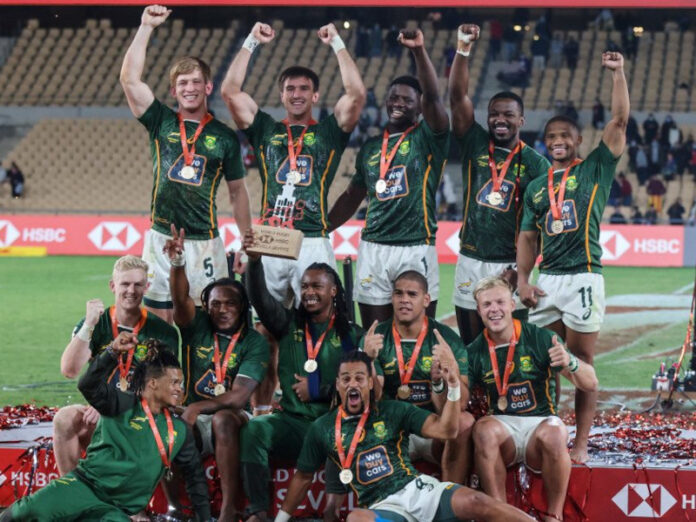 Seeing as we’re counting days (lockdown was instituted for 21 days and lasted 740 days), it’s amazing that it’s been 853 days since the Blitzboks last played New Zealand in a sevens final.

The match was on 7 December 2019 and the Blitzboks won 15-0 – a much closer match than the score line suggests.

While South Africa have been rampant in the last number of tournaments (it’s been 255 days since South Africa lost to Argentina at the Olympics in Tokyo) – the truth is that it’s not been a fully representative period without New Zealand, Fiji and even Samoa.

At 6.34am on Saturday, South Africa start their defence as sevens champions when they play Canada in Singapore.

Neil Powell was totally understated about the tournament.

“Our preparations have gone well and we are ready to play,” he said without commenting on  the opposition, but that is his way.

The table is laid for perhaps the greatest sevens tournament in the history of sevens (the first seven-a-side tournament was held in Scotland 17,898 days ago in 1973).

South Africa, New Zealand, Fiji and Samoa are all drawn in different pools and will all probably progress to the play-offs on Sunday – and what a day it’s going to be!

In the days when Muhammed Ali was the champ, it was said that a boxer can’t be the champion unless you beat Ali. Can it be said that you can’t be the sevens champ until you’ve beaten New Zealand?

It’s going to be one helluva tournament.