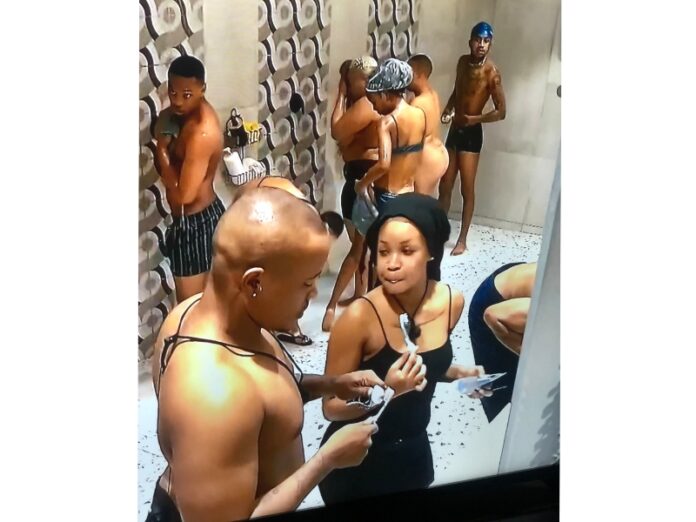 While many people are happy with the return of Big Brother Mzansi, some social media users think the reality show’s rules violate African culture.

The conversation which has got social media users into a virtual debate started when videos appeared of the favourite hour of the 24/7 show called the ‘Shower Hour’.

This is where all contestants whether male or female bathe in one room next to each  another. It happens around 10:00pm.

Not everyone on social media approved.

“You won’t see Big Brother Naija doing this. Vhele what’s wrong with this country?” tweeted one.

Other viewers defended the show which has conquered the daily top trends list since its launch last Sunday.

Another wrote: “On previous Big Brother Mandla & Lexi were having sex on Live tv .If you don’t like Shower hour just f— switch your tv off or change the channel,  you r too old.”

“These housemates know what they signed up for. And y’all are not forced to watch, stick to 198 #BBMzansi #BigBrotherMzansi,” cried Busisiwe on twitter..