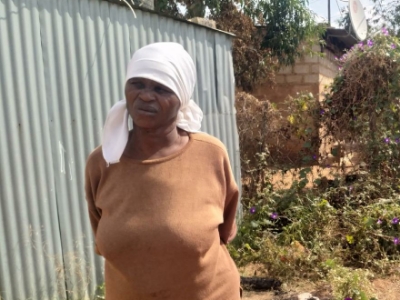 Every day, Connie Kubheka waits for her daughter Nompumelelo to come home – but Nompumelelo went to Jerusalem and she has not been seen since!

Speaking to Scrolla.Africa from her home in Braamfischerville, Soweto, Connie said it has been a tough time since her daughter left home on 14 February 2019 to go to Jerusalem informal settlement near Durban Deep, west of Joburg.

She said many people have come forward with stories about what happened to Nompumelelo.

“People have been telling me that she was found dead with all body parts, especially private parts, removed from her,” said the desperate mother.

“Others claimed they found her in a hospital bed and others have told me that she will never be found.”

Connie said her sad search has led her to the worst places.

“I have looked at many corpses in mortuaries in Roodepoort, Baragwanath, Leratong, and Natalspruit Hospitals looking for her.”

The worst search was when she went to Roodepoort mortuary after she heard rumours that  Nompumelelo was found murdered in Durban Deep squatter camp.

“I looked at every corpse in the morgue. It took me many days before I could sleep again,” she said.

She said in December last year, she went to Jerusalem informal settlement where it was heard her daughter was still seen.