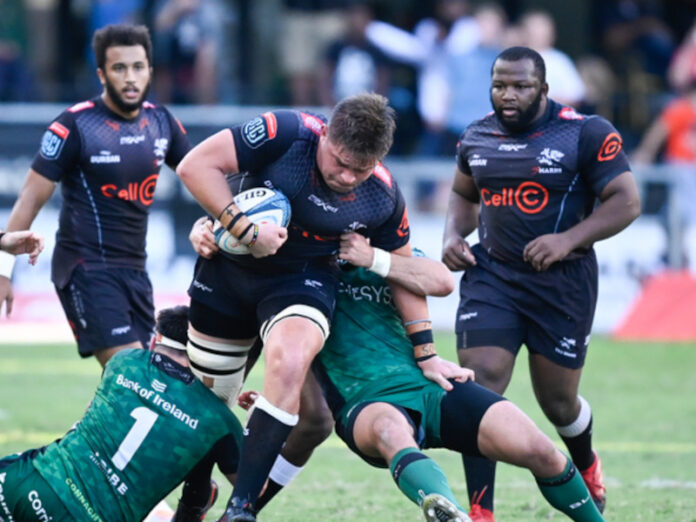 It took 24 minutes before the Sharks scored their first try – but it was worth waiting for. The classic forwards try was all about power and the ability to drive with ball in hand.

But their hard work was nullified when they immediately conceded a try that they should have prevented.

Connacht play their home games at the Galway Greyhound Stadium which has a capacity of just over 8,000 spectators.

In spite of romantic images conjured up by songs like “Galway Bay”, it is a hard, cold and wet region, and it shows in the way they play their rugby. Hard and merciless.

Except for the tries scored, the first half was a massive arm wrestle. Connacht were better at working together and maintaining their discipline and were full value for their two tries to one lead.

At halftime it was clear that Sharks head coach, Sean Everitt would have to do something about the lack of discipline and seeming lack of commitment of his star-studded team.

And whatever he did in the locker room, it worked.

For the next 15 minutes it was all Sharks. Scoring three converted tries and turning an 11 point deficit into a ten point lead.

While there was no movement on the scoreboard for the next 20 minutes, both teams played positive attacking rugby.

A Sharks penalty put the victory out of reach of the visitors. But that didn’t stop the Sharks from scoring a convincing try with three minutes to go, giving the Sharks probably their best victory of the championship.