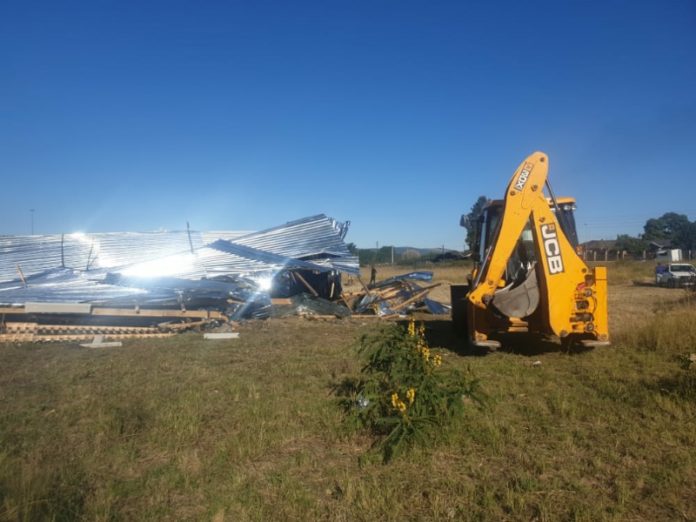 Chaos erupted over the weekend when community members were forced to remove their belongings as their shacks were being destroyed.

The people of Ulundi in northern KZN have repeatedly invaded municipal land to build their homes and churches, resulting in the demolition of shacks by the Ondini Local Municipality.

Khuphuka Mtshali, who lost his shack, said they decided to build their homes because the land was unoccupied and they needed to live somewhere.

“We’ve got families but we don’t have land,” said Mtshali.

“We saw vacant land and didn’t think it would be a problem if we used it.”

He said he was hurt by the demolitions because the shack was a temporary structure to secure land while he was getting money together to build a proper home.

Ondini Mayor Wilson Ntshangase said that the development on the land is legitimate because it is under their jurisdiction.

“People invade municipal land without trying to find out from the relevant departments,” he said.