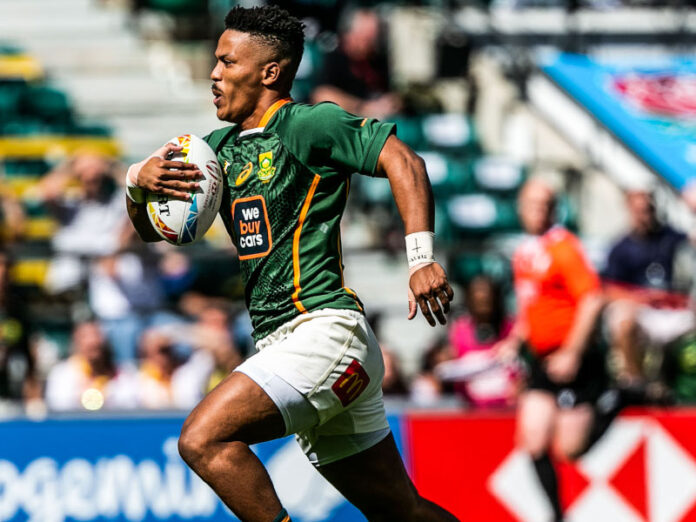 All to play for. As South Africa and Australia come running onto the field, both sides know the winner will play Fiji in the final.

They also know that the winner will get a medal – and the loser will be left to play for the bronze.

The experts agree that Fiji and New Zealand have played one of the most spectacular sevens matches ever seen.

The fact that New Zealand had to play for the last two crucial minutes with only five players is a conversation for another day.

Australia’s score after one minute gives Australia the lead and the psychological advantage.

Australia launches one attack after the other, but do not get across the advantage line and with two minutes left before halftime, Angelo Davids scores a classic sevens try from a kick ahead.

Australia respond immediately and take a five point lead. With one scoring opportunity to go before halftime, Angelo Davids scores his second try – and the scores are even at the break.

Selvyn Davids pounces on a mistake and runs in for a beauty. The Blitzboks seem to be the better organised team. Methodical, relentless.

Australia spend an awful long time in their own in-goal area, eventually conceding a line-out and only a great tackle from Corey Toole prevents Angelo Davids’ hat trick on the left hand side – but Davids is denied for only 30 seconds as he scores his third on the other wing anyway.

The Blitzboks have played a near faultless tournament – and the gold medal is just one match out of reach.