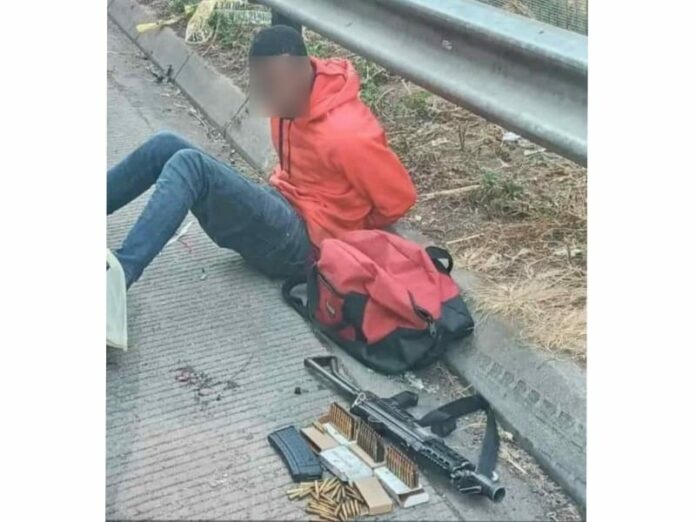 A suspected hitman linked to a number of murders in KwaZulu-Natal was intercepted and arrested by police while making his way to the Western Cape.

The 31-year-old suspect was travelling on a bus when the police stopped it at a roadblock at the Mariannhil toll plaza on Friday.

He was pictured shortly after his arrest, sitting handcuffed by the side of the road next to a rifle and live ammunition that he was carrying at the time.

Police believe that the man, who cannot be named, was on his way to carry out a hit.

KZN police spokesperson Constable Thenjiwe Ngcobo said the man is linked to many murder cases. Most of the cases were committed in areas such as KwaMashu, Inanda and Mayville.

“The police are still investigating other issues related to his cases. We still don’t have a date for him to appear in court until certain procedures are completed,” said Ngcobo.

She said the police had set a roadblock after they were informed about the suspect’s move from Durban to Western Cape.

“At 10.45am police acted on information regarding a suspect who was wanted for a string of cases including murder, attempted murder, carjacking, robbery and kidnapping. They set a roadblock on the N3 at the Marianhill toll plaza and this is where he was arrested. He was in a bus going to the Western Cape,” she said.

It is not clear which part of the Western Cape he was going to.