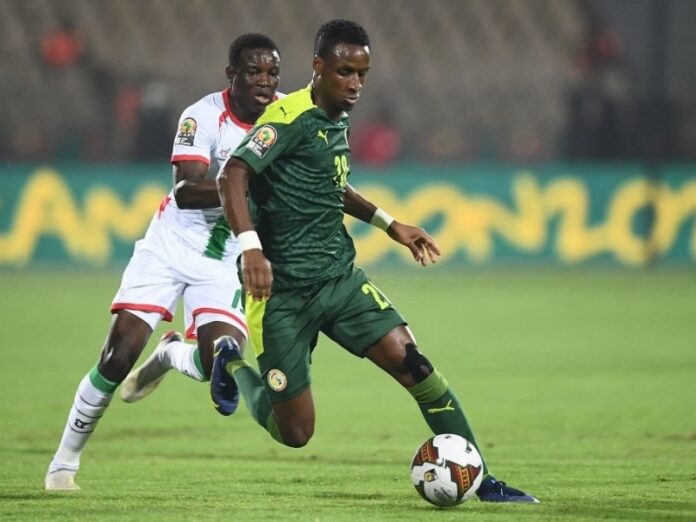 The Teranga Lions of Senegal beat Burkina Faso 3-1 in a thrilling semi-final affair in Yaounde to qualify for their third ever Afcon final, and second in a row.

Liverpool’s Sadio Mané was the star yet again, scoring one and assisting another to receive the man of the match award.

PSG’s Abdou Diallo broke the deadlock on the 70-minute mark after a feisty first hour of football to put Senegal in the lead. His club teammate Idrissa Gana Gueye made it two off Mané’s pass.

Ibrahim Touré brought the Stallions right back into the game with his shot from close range with ten minutes left to play.

However it was not to be for Kamou Malo’s side, after Mané sealed the win for the Senagalese with a fantastic left-footed shot in the 87th minute.

Teranga Lions manager Alio Cissé, who is the last African coach left in the tournament, continued his phenomenal Afcon record.

The Senegalese has suffered just three defeats in 17 games at the competition since first coaching the side at the 2017 edition.

Cissé may be out for revenge if his side come up against Cameroon this year after missing a penalty as a player against the hosts 20 years ago – when Senegal first debuted in the final of the competition.

The Teranga Lions will either face hosts Cameroon or Mohamed Salah’s Egypt in Sunday’s final – a question we’ll receive the answer to in the second semi-final tomorrow evening.