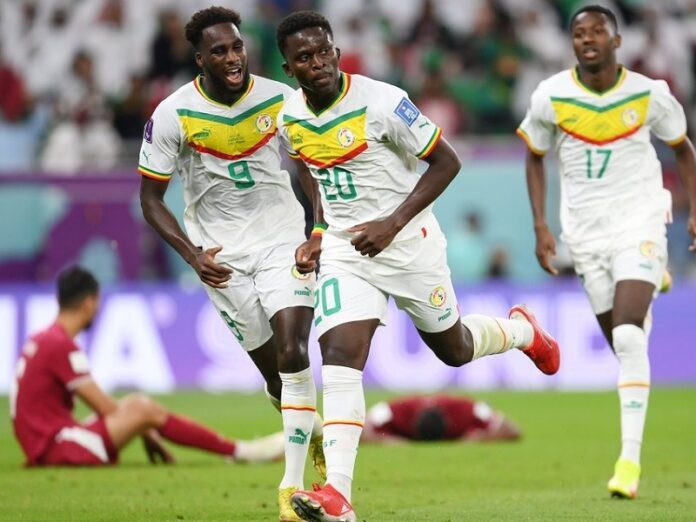 Senegal secured Africa’s first win of the 2022 Fifa World Cup, a 3-1 victory that put hosts Qatar on the brink of crashing out of the tournament.

After both sides lost their opening fixtures, Senegal and Qatar knew they needed a win on Friday afternoon.

Qatar looked the dominant side throughout the first-half, bossing both possession and chances on goal.

However it was the Lions of Teranga that took the lead before the half-time break when striker Boulaye Dia found the back of the net.

A hint of fortune for the African champions as a Qatari defender failed to clear the ball, giving Dia an easy finish into the back of the net.

Senegal felt they had secured their continent’s first victory when Famara Diedhiou found the back of the net with a header, coming from a well-worked corner moments into the second-half.

There was the potential for late drama as hosts Qatar managed to pull a goal back through Mohammed Muntari with 10 minutes to go.

However the game was put to bed when Bamba Dieng scored the final goal of the game to give Senegal the 3-1 lead.

Qatar now need the Netherlands to avoid defeat against Ecuador if they are to stand any chance of advancing to the knockout stages.

In the early World Cup kickoff on Friday, Iran claimed an emotional 2-0 victory over Wales to get their first points on the board.

The Iran national football team were forced to sing their national anthem on Friday after refusing to do so against England in their opener.

With boos from the crowd and tears on the faces of the players, Iran simply needed a win.

And when Welsh goalkeeper Wayne Hennesy was sent off towards the end of the game, it gave Iran the chance of victory.

Eight minutes into added time, Rouzbeh Cheshmi found the back of the net for Iran to spark pure jubilation.