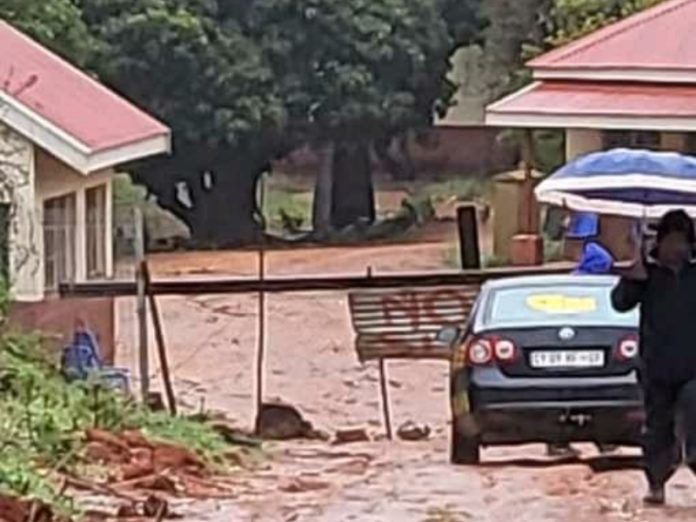 The future of more than 500 learners at Lemana High School in Limpopo hangs in the balance as security guards have refused them entrance to the school grounds.

Since schools reopened a week ago, the learners have not seen the inside of the classrooms following a wage dispute by a company subcontracted to guard the school while it was undergoing a revamp last year.

The security company claims not to have been paid for more than 15 months and has consequently locked the school, formerly named Lemana College.

With final examinations approaching and the effects of Covid-19 still very much a part of their academic year, it is very possible that the learners could lose an entire year of their education.

Annah Muswazi, a member of the School Governing Body said when schools reopened for the fourth term they found the gates locked.

“We confronted the company guarding the school who told us they were closing the school to get the attention of their employer who has not paid them for months,” she said.

“We could not understand why they were involving our children.”

She said that it was disturbing as the Grade 12s are due to start writing exams next week.

“The future of our children is being compromised for something that has nothing to do with them,” she said.

Muswazi said the situation is aggravated because the company’s owner does not want to meet them.

“We have been trying to have a meeting with him but every time he sends one of his employees to meet us,” said Muswazi.

“Meanwhile we are arranging alternative accomodation for the learners as a temporary intervention.”

Shiluba Mahlawule, a Grade 12 learner at the school, said the closure of their school has come at the worst possible time.

“We are busy with revisions and now our programme has been disrupted. This is very painful,” he said.

Limpopo education spokesperson Tidimalo Chuene said they were concerned about the situation at the school and were pursuing all possible avenues to resolve the challenges.

“As for the payment of the service provider, our records and those of the Department of Public Works, Roads and Infrastructure don’t show either of us owing any service provider at the school premises any money. We are establishing who is responsible for payment and will comment on that in due course,” Chuene said.