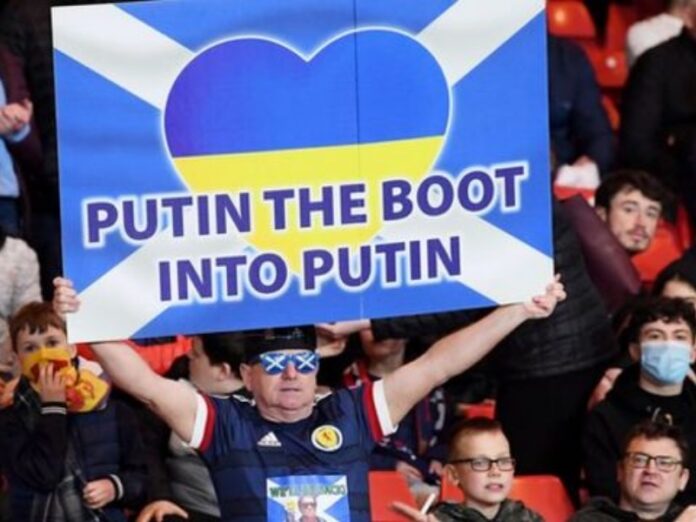 The Scotland Football Association has been overwhelmed by the support of the fans who raised around R9 million to help children affected by the Ukraine conflict.

The fixture between Scotland and Poland saw 39,090 fans in attendance with each donating around R200 to a UNICEF appeal.

Further donations were accepted through text message donations as well as through commercial partners.

The friendly match replaced the World Cup qualifier that was set to be between Scotland and Ukraine which was postponed due to Russia’s invasion.

“Everyone at the Scottish FA has been overwhelmed but not surprised by the generosity of the Scotland fans and those who could not make the game but were moved to make a personal donation,” Maxwell said.

“Along with our counterparts at the Polish FA, this was a resounding show of solidarity with a country and its people while raising as much money to help them as we can.”

Scotland continue to await the rescheduled date for their qualifier against Ukraine, while a matchup against Wales awaits the winner to determine who will earn a spot in Qatar.

Jon Sparkes, chief executive at the UK Committee for the humanitarian charity said the work by the Scotland FA as well as travelling Polish fans will help hundreds of children in Ukraine.

“The money raised will enable UNICEF to continue to provide emergency medical services, including medicines and health supplies, hygiene kits, safe water and shelter, as well as psychosocial support for those affected by the conflict,” he said.

Poland, who have booked their spot at the World Cup, were held to a 1-1 draw by Scotland on 24 March in the city of Glasgow.