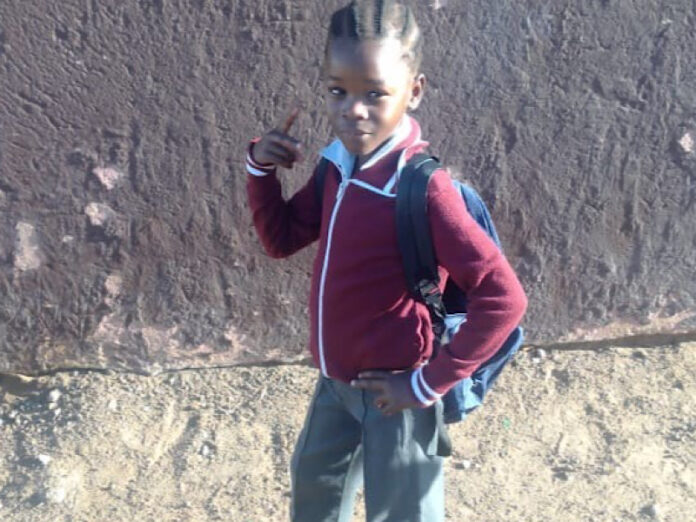 Tragedy struck the Potse family in Tembisa’s Vusimuzi section when their little girl Mabule was killed by a speeding taxi ferrying learners to school.

And like vultures circling their prey, a scammer descended on the family within just three days of Mabule’s death to deal them another blow.

A con-artist who posed as an employee at the school the eight-year-old attended came to the house and robbed the family of R150 and a cell phone belonging to one of Mabule’s big sisters.

Now the police are on the hunt for the self-described “head of the department” who came to the house of mourners and took advantage of them.

The Grade 2 learner from Gahlanso Primary School was on her way from the school on Friday when she tried to cross the road and was fatally hit by the taxi. She died on the scene.

Mabule’s sister Lebo Potse, 28, said on Monday they received an unexpected visitor. “A well-dressed woman came to our house. She had her hair and nails well done and looked professional.

“She sat with us in a mourning room on the mattress, sympathising with us.”

The family were under her spell, completely unsuspecting of her true motivations.

“She told us that she was the head of the department at the school where my little sister went and she was sent to help us with anything we needed for the funeral,” said Lebo.

Lebo added: “We couldn’t decline the offer. We asked her if she could buy us groceries and food for the mourners.”

The woman asked for a car to go with them to the shops where the family could get the stuff they needed. But then, she didn’t have the money for petrol and airtime on her cell phone to call a person “who was at the school” with money.

“We borrowed R150 from our neighbour. About a kilometre away from the house, driving in our neighbour’s bakkie, the alleged suspect asked for a cell phone from one of the family members to call her colleague from school.

That was when the trouble started.

While the neighbour with a bakkie was at the fuel station, the woman took the mourner’s phone pretending to be calling her colleague. She then vanished without a trace. “We tried to call her on my sister’s phone she borrowed, the phone was off and she was nowhere to be seen.”

Lebo said the family is still shocked. She said when the news reached the school, the management distanced themselves from the incident.

Tembisa South police station spokesperson Constable Kate Selepe says police are appealing to the community to help them with information in tracing the suspect.

‪Pictured above: Mabule Potse was killed by a speeding taxi taking children to school on Friday