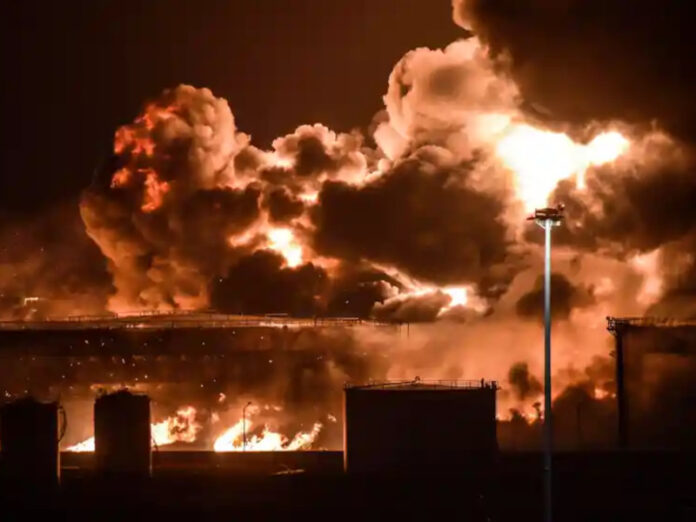 Formula 1 announced that they have been provided with “full and detailed assurances” that the Saudi Arabian GP will be secure following a missile attack on Friday afternoon.

Sergio Perez beat Ferrari in qualifying to claim his first pole in Jeddah ahead of Sunday’s race.

The grid of 20 drivers met with F1 chiefs on Friday night to raise their concerns after an oil facility was hit by a missile attack just 16 kilometres from the track. Yemen’s Houthi rebels claimed responsibility for the attack.

While the lengthy meeting raised safety concerns over the race weekend, F1 and its governing body, the FIA, assured the track was not under threat.

Lewis Hamilton was eliminated in Q1 for the first time since 2017 and will start the race in 16th place.

Ferrari’s Charles Leclerc and Carlos Sainz finished in second and third place respectively behind Red Bull’s Perez, who claimed his first ever pole while his teammate Max Verstappen will start in fourth.

The action gets underway live from Jeddah at 7pm on Sunday evening.