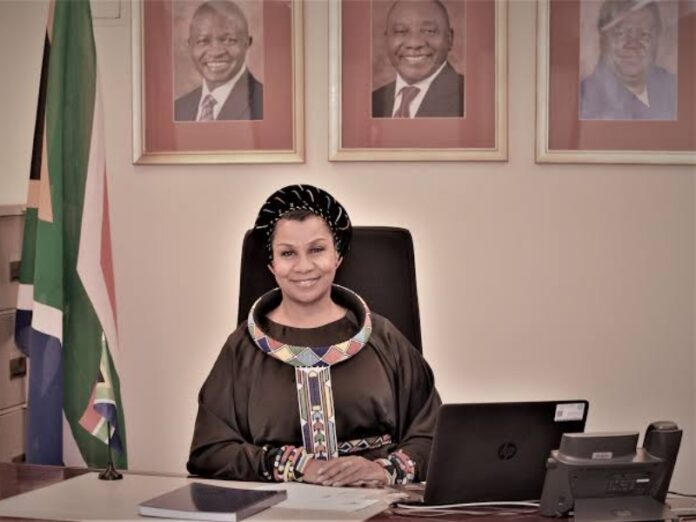 The South African Ambassador to Poland drove for five hours to help a group of African students escape from war torn Ukraine into Poland.

On Sunday, the Department of International Relations and Cooperation (Dirco)’s Clayson Monyela tweeted that Nomvula Mngomezulu travelled to a remote part of the Ukraine-Poland border to assist Africans who had been told they couldn’t leave the country.

“South African students and other African nationals were badly treated at the Ukraine Poland border. Ambassador Mngomezulu has driven five hours from Warsaw to deal with the matter,” said Monyela.

He said the South African Ambassador to Hungary, Gangumzi Tsengiwe, has also been working night and day to help South Africans flee the eastern European country, which was invaded by Russia last Thursday.

Dirco spokesperson Lunga Ngqengelele told Scrolla.Africa that the South African government started helping South African expats flee the country a week earlier, but said that they have encountered numerous problems along the way.

“We started to evacuate our citizens a week before Russian troops invaded Ukraine. Unfortunately the airports were then shut. That is why we decided to evacuate people including other African nationals to neighbouring countries so that they could be safe,” said Ngqengelele.

“When we take them to neighbouring countries it is up to them whether they want to stay there or make other arrangements to go home,” he added.

He also urged South Africans who are still stuck in Ukraine to contact the South African Embassy so that they could get help as soon as possible.

Ngqengelele also revealed that on Friday a group of South African students were blocked from boarding a train out of the country as they were told that they could not do so because they are foreigners.

From Friday, South Africans were advised to use other means of transport to leave Ukraine and also go to the SA Embassy so that the South African Ambassador to Ukraine, Anne Groenewald, could assist them.