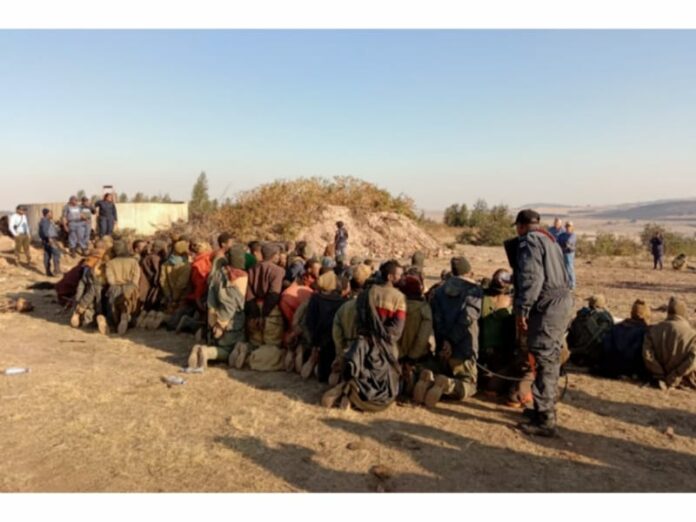 A multi-disciplinary team assembled by SAPS to clamp down on illegal mining has arrested 97 miners and a 62-year-old farm owner in Heidelberg, Gauteng.

The team, composed of specialised units in the police service, swooped in on a farm on Monday where the illegal miners had been operating.

The police said they seized mining equipment, as well as three unlicensed firearms and 570 rounds of ammunition.

“The firearms have been taken in for ballistic testing to determine if they were utilised in any other crimes. The farm owner has also been arrested after he too was found with illegal ammunition and gold bearing equipment,” said a statement released by the office of the National Police Commissioner.

The statement noted that all the suspects, between the ages of 18 and 35, are Lesotho nationals and the majority are in the country illegally.

The suspects will appear before the Heidelberg Magistrate’s Court on charges of illegal mining, being in the country illegally, human trafficking, possession of explosives and illegal possession of firearms and ammunition.

Members of the public are always encouraged to report any illicit activities to the Crime Stop Hotline number on 0860010111 and the MySAPSApp.