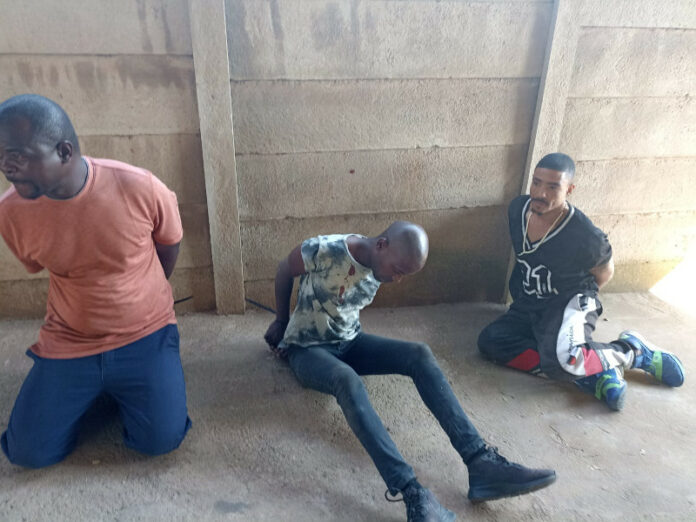 A call from a sangoma to one of the arrested hijackers rang unanswered after the men who were being called had been busted for robbing a company of laptops and cell phones.

After the men were handcuffed, one of their phones kept on ringing and the incoming call name was “My Sangoma.”

The continuous call suggested that sangoma wanted to speak to one of the arrested suspects.

The sangoma’s attempts to get hold of the men were unsuccessful as police had taken their cellphones.

Six thugs hijacked a truck full of brand-new laptops and cellphones in Kramerville, near Sandton.

The men successfully drove and parked the hijacked truck in Birch Acres near Kempton Park in the city of Ekurhuleni.

What they didn’t know was that one of the laptops they stole had a tracker that led police officers, Ekurhuleni Metro Police, and private security companies to the address.

While they were at the address where they had parked the truck, the authorities swooped on them. Three managed to escape and three others were apprehended.

Marie said a security company had received information from a reliable source that the tracker signal led to a house in Birch Acres Kempton Park. They immediately called for backup.

“The EMPD North Task Team in conjunction with Gauteng highway Patrol and various security companies proceeded to the house and searched for the men.”

Marie said the men were found in possession of two unlicensed firearms and recovered the stolen cargo still loaded on the truck.

They will appear in court soon.