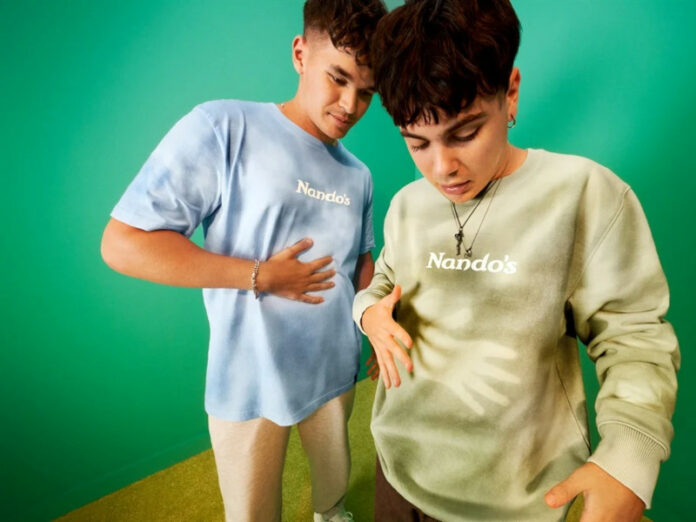 Known for its flame-grilled chicken and fun marketing techniques, Nando’s decided to up the heat by launching its “extra hot” fashions.

The franchise has released a fashion range including shirts, socks and even bucket hats that change colour depending on the body heat of the person wearing the item.

The range is selling as quickly as their chickens on a Friday night but it is not available to purchase in the country of Nando’s origin.

Nando’s was founded in South Africa 35 years ago and has made moves globally, with popular outlets in the UK, among other nations.

The limited-edition clothing was released at the end of August.

Keeping the clothing range and its menu linked, the colours of the clothing match the spice levels on offer – lemon & herb, mild, hot and extra hot.

The range is made with thermochromic dye, which allows the clothing to “change as your body temperature rises and falls”, Nando’s claims.

The range is only available in the UK and perhaps its prices are the reason for the decision to snub South Africa.

A pair of socks will set you back R300 while a sweatshirt costs around R1,000.

It might be a better idea to get a quarter-chicken meal with a cold drink instead.

As of now the range has no plans of being released in South Africa and that is perhaps for the better.