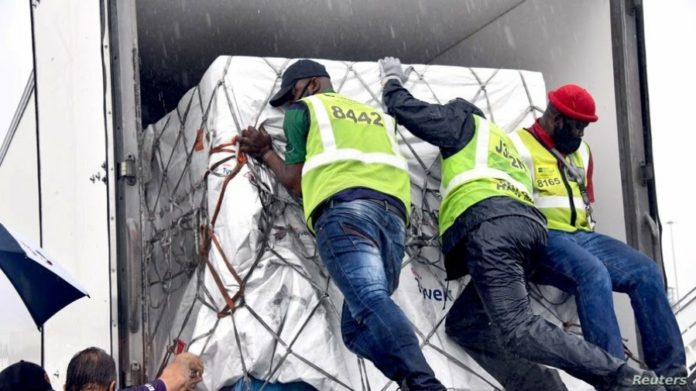 As the latest phase in South Africa’s fight against Covid-19 commenced on Monday, scientists have warned that this is not the time to relax, and underscored the need to vaccinate vast numbers of people as quickly as possible.

This is because recent data shows that two vaccines, Novavax and Johnson & Johnson (J&J), are less effective against the South African strain of the virus than they are against the other variants.

Novavax reported on Thursday that its vaccine was 50% effective overall at preventing Covid-19 among people in South Africa, while in the UK this figure stands at 89.3%.

Meanwhile, J&J announced on Friday that vaccine efficacy reached 72% in the U.S., compared with just 57% in South Africa.

Additionally, it was reported last week that the Moderna vaccine is up to six times less effective at combating the South African strain of the virus than it is against the U.K variant.

However, experts have argued that this only underlines a greater need for vaccinations, and that they still have great value in their ability to reduce severe Covid-19.

“The end game is to stop death, to stop hospitals from going into crisis – and all of these vaccines, even including against the South African variant, seem to do that substantially,” said Dr. Amesh Adalja, an infectious disease expert at the Johns Hopkins Center for Health Security.

However, some vaccines may need to be altered in order to deal with emergent strains.

Vaccine producer Pfizer announced this week that it is considering whether to change its vaccine in order to defend against the South African variant.

Companies such as Pfizer may have to work quicker than expected as the South African strain has been detected this week in multiple locations in both the U.S and the U.K..

The U.K. announced on Monday that it would begin door-to-door testing in order to locate and stamp out the variant, as fear grows that it is gaining pace as it spreads across the globe.

On Monday night Ramaphosa announced that the status of South Africa’s vaccine orders:

• In addition to the 1 million Covishield doses that we received today; we expect another 500,000 doses from the Serum Institute of India to arrive later in February.

• We have secured 12 million doses in total from the global COVAX facility, which has indicated that it will release approximately 2 million doses by March.

• We have secured 9 million vaccine doses from J & J, commencing with delivery in the second quarter. J & J has contracted Aspen, one of our pharmaceutical companies, to manufacture these vaccines in SA.

• In addition, Pfizer has committed 20 million vaccine doses commencing with deliveries in the second quarter.