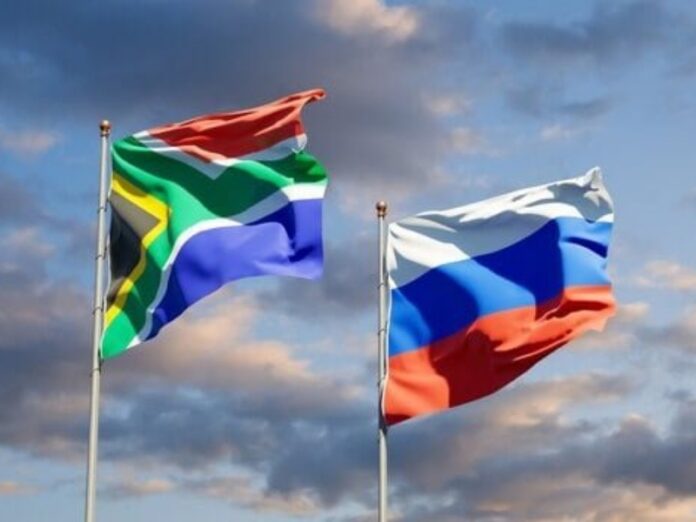 The Russian embassy in South Africa has thanked South Africans for their “support” in its fight against so-called “Nazism” in Ukraine.

“Dear subscribers, we have received a great number of letters of solidarity from South Africans, both individuals and organisations. We appreciate your support and [are] glad you decided to stand with us today, when Russia, like 80 years ago, is fighting Nazism in Ukraine!” the embassy wrote in a tweet. Transport Minister Fikile Mbalula retweeted it.

The notion that Russia is waging war over Nazism is false. Nazism is a form of extremely racist and authoritarian politics, which dates back to Hitler’s Nazi Party which led Germany in the Second World War.

In his declaration of war on Ukraine on 24 February, Russian President Vladimir Putin said it was to root out “Nazism”.

In fact, Ukraine’s far-right nationalist party only won 1.6% of the vote in the 2019 presidential election. President Vladimir Zelensky is also Jewish.

The Russian embassy’s tweet drew a powerful response from the German embassy in South Africa.

“Sorry, but we can’t stay silent on this one,” the tweet began. “It’s just far too cynical. What [Russia] is doing in [Ukraine] is slaughtering innocent children, women and men for its own gain.”

“It’s definitely not ‘fighting Nazism’. Shame on anyone who’s falling for this. (Sadly, we’re kinda experts on Nazism.)”

The tweet has rejuvenated calls for the South African government to clarify its position on the invasion.

The Department of International Relations and Cooperation (Dirco) put out a statement after the invasion calling for Russia to withdraw its forces from Ukraine, but fell short of condemning them.

South Africa also abstained in a UN Security Council vote to condemn Russia for the invasion earlier this week.

Todd Haskell, the US ambassador to South Africa, has urged the government to speak out against the invasion.

Quoting the late Archbishop Desmond Tutu, he said: “In the fight between the oppressor and the oppressed, choosing not to take sides is taking the side of the oppressor”.