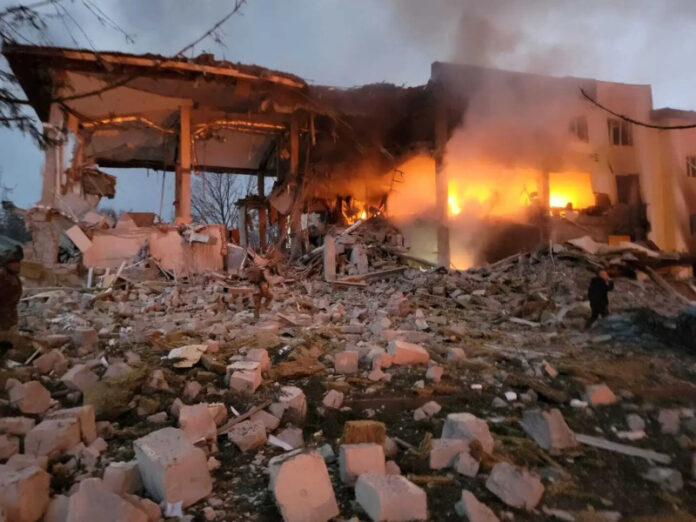 An airstrike launched on the Ukrainian military base in the city of Lviv, only 35 km from the Polish border, has reportedly killed nine people and left a further 57 injured.

As Russian forces make their way to the western regions of Ukraine this attack becomes the most casualties since the invasion began on 24 February.

The jets took off from Saratov, Russia.

The attacked facility often hosts representatives from the United States and the North Atlantic Treaty Organisation (Nato) – with the base being the International Peacekeeping and Security Centre. It is also used to train Ukrainian military personnel and host Nato drills.

A ministry representative said it is unclear as to whether any instructors were at the centre when it was attacked.

Reports suggested that 13,000 Ukraine refugees have fled the country through the Slovenian border into Italy.

Reznikov called the Russian missile strikes a terrorist attack and urged for a no-fly zone in the region.

“This is new terrorist attack on peace & security near the EU-Nato border. Action must be taken to stop this. Close the sky!” he wrote on Twitter.