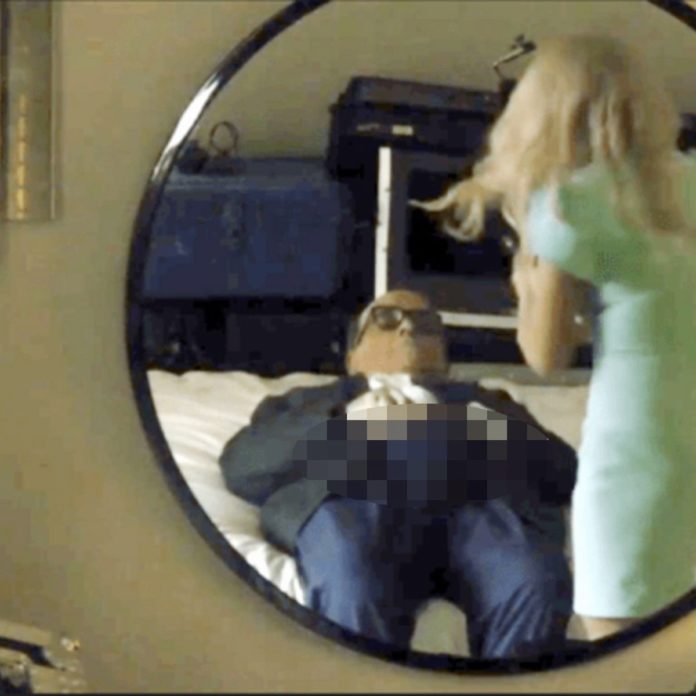 President Donald Trump’s lawyer Rudy Giuliani has been exposed in a movie with his hand down his pants.

He fell for an embarrassing prank in the movie, Borat 2, that was released at the weekend.

In the comedy, a young actress pretending to be a TV interviewer invites the lawyer back to her room.

He is unaware that it is an act.

Giuliani, 76, is seen reclining on a bed and then putting his hand down his pants and moving it around while the actress stands in front of him.

He is interrupted by the comedian Sacha Baron Cohen, director of the movie, who bursts into the bedroom dressed in pink women’s underwear.

“She’s my daughter. Please, take me instead.”

Social media had a field day.

“Dude! She wanted to talk about the election not your erection,” said one tweet.