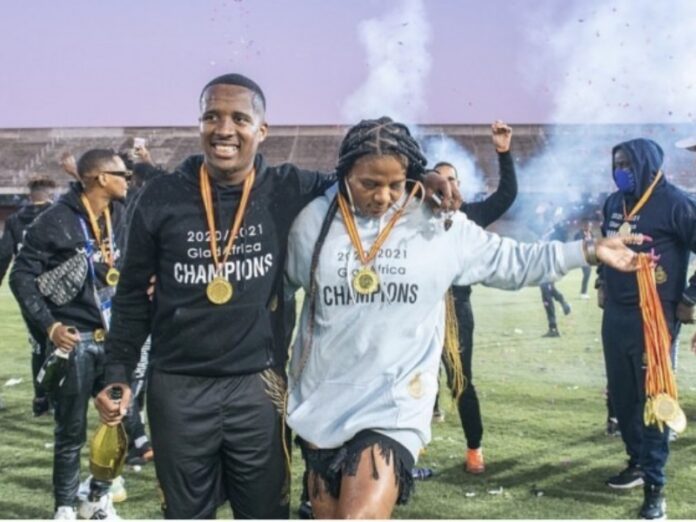 Royal AM and the Premier League (PSL) saga finally came to an end on Tuesday.

This was after the Court of Arbitration for Sport (CAS) rejected Royal AM’s appeal for the GladAfrica Championship title.

Even though this wasn’t what the Durban club was hoping for, Royal AM had no choice but to swallow their pride and accept defeat.

This means CAS is declaring Sekhukhune United as the rightful winners of the 2020/21 season.

On top of losing the case, Royal AM owner Shauwn Mkhize was ordered to pay around R127,000 in legal fees to Sekhukhune and the PSL.

“Royal AM Football Club shall pay to the National Soccer League and Sekhukhune United FC a contribution of R127,000 each towards the legal fees and other expenses incurred in connection with the present arbitration procedure. All other parties shall bear their own expenses.”

Royal AM were against Sekhukhune’s promotion to the DStv Premiership at the end of last season. AM felt they were hard done by the PSL as they were leading the race to be promoted.

Sekhukhune were given the league title as a result of being awarded three points during their game against Polokwane City.

The latter was fined for having breached league rules by not fielding sufficient players under the age of 23 due to the outbreak of Covid-19 within the squad.

Royal AM approached CAS after the SA Football Association and the Gauteng High Court did not give in to their demands.

As a result, Mkhize ordered her players not to pitch for relegation/promotion playoffs last year which saw Chippa United winning it and reclaiming their premiership place.

Royal AM did however manage to play in the premiership after Mkhize successfully bought Bloemfontein Celtics PSL status.

The Durban club are exceeding expectations and are likely to make history by participating in the CAF Champions League by finishing second in the premiership.