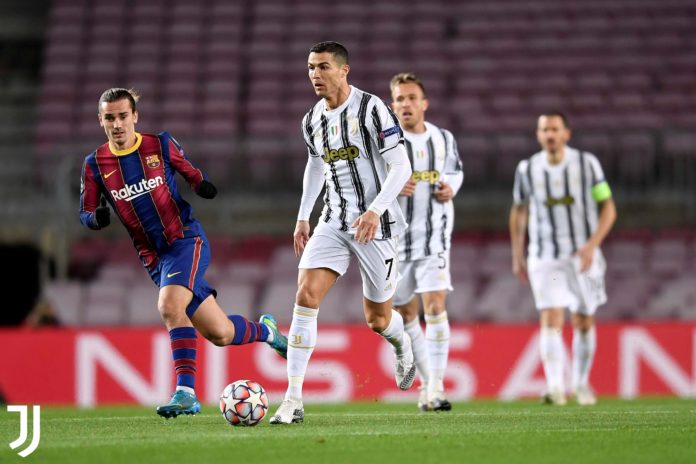 The win for Juventus moved them to the top of the log tied on 15 points with Barcelona but they lead the log on goal difference while Barcelona moved back to second position.

Juventus got awarded the penalty after Cristiano Ronaldo was fouled in the box. The striker stepped up and converted from the penalty spot to open scoring in the 13th minute.

Eight minutes later, Weston McKenzie doubled the lead for the visitors to make it 2-0. The match went to break with Juventus leading 2-0.

Cristiano Ronaldo completed his brace from the penalty spot to make it 3-0 after Lenglet handled the ball in the box.

This was Cristiano Ronaldo’s first return playing to Camp Nou against Barcelona since he left Real Madrid.

“Always great to return to Spain and to Catalunya, always hard to play in Camp Nou against one of the best teams I ever faced. Today we were a team of Champions! A true, strong and united family! Playing like this, we have nothing to fear until the end of the season.”