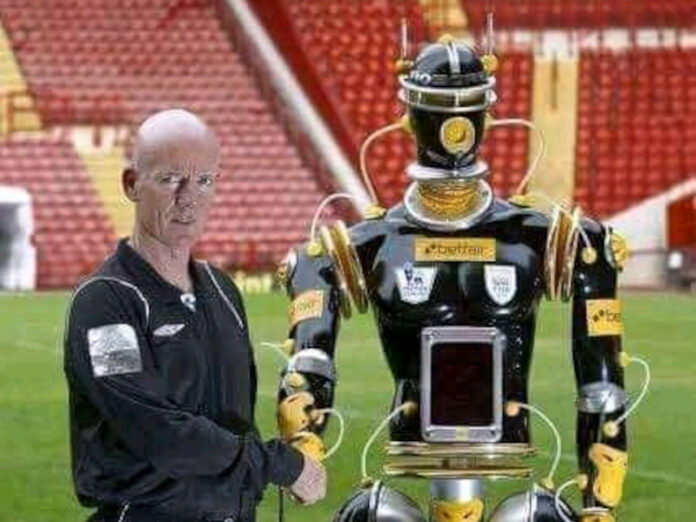 With so many questionable offside decisions at the Afcon, having a robot referee might not be the worst idea FIFA have ever had.

FIFA is expected to implement the new technology in a robotic referee in the upcoming Club World Cup. The technology will assist in making automatic offside decisions. The trial will be seen at the delayed 2021 FIFA Club World Cup set to kickoff in the United Arab Emirates on Saturday.

The system is a technological masterpiece. Twelve cameras on the roof of the stadium will capture the movement of the ball and the players. It will also create an animated skeleton of the players through 29 data points.

This can be assessed 50 times per second to establish the player’s position. Once the technology finds a player to be offside, it will alert the Video Assistant Referee (VAR) operators in half a second.

If the trial is successful, FIFA intends to implement the system fully at the World Cup in Qatar at the end of this year.

This technology would have come in handy in the ongoing Afcon tournament. There have been many dubious decisions at Afcon that have left many questioning the quality of officiating in Africa. The system will cost a fortune but it is going to be needed in the continent to improve the standard of officiating.

Meanwhile, Al Ahly will have to soldier on without coach Pitso Mosimane in their first match of the Club World Cup on Saturday. Mosimane tested positive for Covid-19 on Wednesday and is already in isolation.

He will have to watch his lads do battle with C.F Monterrey of Mexico on the TV in his hotel room. There is no doubt that Mosimane’s absence will be felt by his troops as they look to go further in the tournament than they did in 2020.

The Red Devils of Egypt will be participating for the 11th time in this global showpiece but they are yet to bag a gold medal.

In 2020, Mosimane’s men walked away with a bronze medal after finishing third.