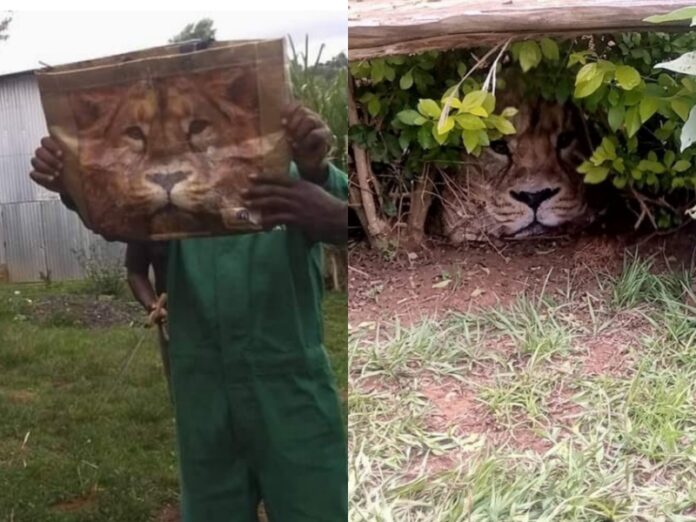 When locals in Meru County, Kenya, thought they spotted a lion hiding in a nearby hedge, they called a local animal rescue team who rushed to the scene.

But when the Kenya Wildlife Service (KWS) arrived, they were relieved to find that the fearsome feline was in fact just a plastic bag!

“Despite this being a false alarm, we laud the public for raising an alarm in order to mitigate a possible conflict,” the KWS team tweeted on Thursday.

The chance of running into a lion in Kenya has in fact gone up. The Kenyan government estimates that the number of wild lions in the country has risen by 25% since a 2010 census.