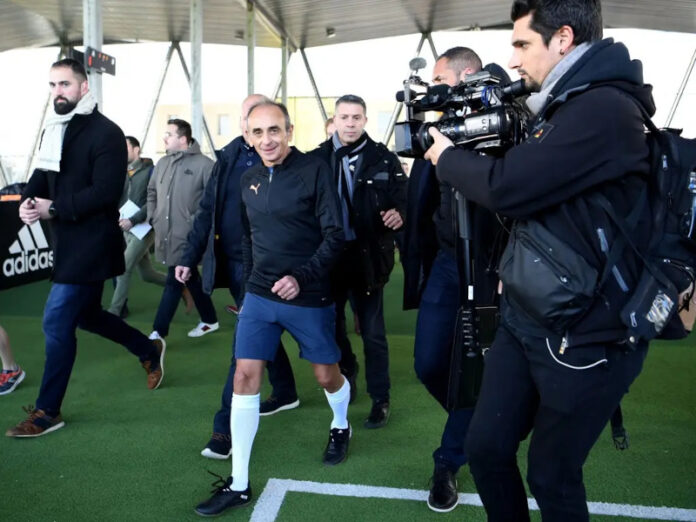 French footballer Zinedine Zidane endured several clashes with officialdom during his days as both player and manager in football, but even he would not have expected a run-in with a presidential candidate.

Zidane had a clash of sorts after his brother Noureddine booted presidential candidate Eric Zemmour from his five-a-side football pitch in Marseille due to his anti-immigration policies.

Just days before the first round of elections in France, the far-right politician Zemmour turned up at the Z5 five-a-side football pitch, established by Zinedine.

Minutes into the game, Noureddine, who runs the sports centre, blew the whistle and told the candidate and his team to leave the field.

“Get them out of here. All of them,” Noureddine said.

Noureddine explained that Zemmour came with an entire camera crew and they did not want their brand to be associated with the ideologies of the candidate.

A visibly confused Zemmour did not understand why he and his team were asked to leave despite paying the fee to use the grounds.

“In France there are not only no-go areas but there are no-football areas as well,” Zemmour told La Provence newspaper.

Earlier on the same day, Zemmour visited a flea market in Marseille, home to a large immigrant population and was booed after claiming most of the people in attendance were illegal and should be sent home.

Zemmour however is unphased by the boos and reception he receives as he told journalists that France cannot end up like Marseille.

Zidane was born in Marseille to Algerian parents before leading France to two World Cup triumphs, in 1998 and 2006 where he famously got sent off for headbutting Marco Materazzi after the Italian insulted his sister.

After becoming an icon on the football pitch, Zidane made history as a manager, winning three consecutive Champions League titles with Real Madrid.