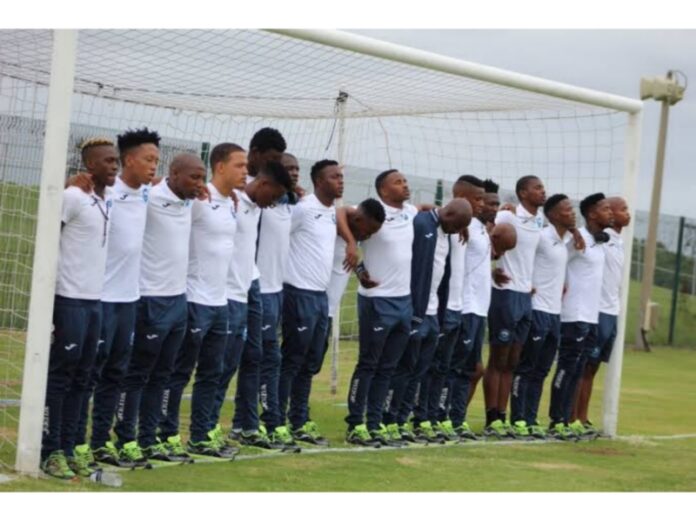 Richards Bay FC are on the brink of making history in South African football. They are likely to become the second team from the North of KwaZulu-Natal region to ever get an automatic promotion to the country’s elite league.

The Rich Boys are GladAfrica Championship log leaders and on Sunday champions of this league will be crowned. The KZN outfit has a two-point lead and a win for them at home against Cape Town Spurs could see them being the 2021/22 GladAfrica champions.

In the 2016/17 season Thanda Royal Zulu were the first club to get promoted from the first division to the top flight. Thanda, however, did not participate in the Premiership the following season.

They sold their status to their distant neighbors AmaZulu, who were at the time also playing in the first division, and finished in fifth place. Usuthu meanwhile sold their lower league status to the Rich Boys.

Today Richards Bay FC are one win away from emulating Thanda and become the fifth team that will represent KZN in the DStv Premiership next season. Rich Boys have 52 points while second place University of Pretoria (Tuks) have 50.

On Sunday Tuks will play JSD Stars in the final match of GladAfrica Championship and if they hope to get automatic promotion, they will need to get maximum points and hope that Rich Boys don’t win or draw.  However, their chances of getting maximum points against Stars are a bit slim after the news that half of their players are suffering from a stomach bug.

A point in that match may see them having to settle for the play-off place. Two GladAfrica teams that finished in the second and third place will battle it out with the Premiership team that finished in 15th place.

The team that finishes with more points in the promotion/relegation play-offs will be in the premiership next season.