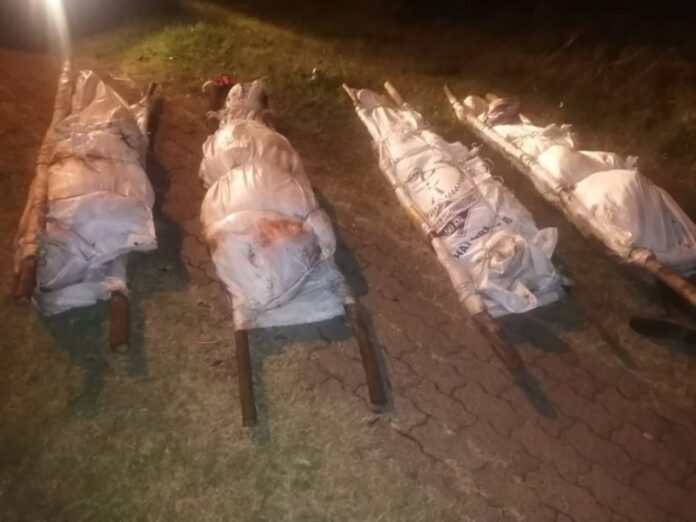 After the bodies of four murdered miners were found lined alongside one another in Ekurhuleni on Tuesday night, Benoni residents say they fear for their lives as the illegal trade is booming in the area.

Benoni resident Stella White explained that the discovery, which has made headlines across the country, didn’t shock her as many people are being killed around the abandoned mines.

“Day and night we hear of blasting coming from the abandoned mines, we sometimes feel like we are living in a war zone.”

Another resident, Granny Mahlaola, said she fears that one day the wall of their house will crumble on top of them while sleeping.

“My house is covered with cracks and I can’t report this anywhere. These people don’t have faces, we only hear of their existence.”

She added that if the police patrolled the area they would be able to drive the illegal miners out of the area.

“This will not only be for the resident’s benefit but also for the illegal miners as they use dangerous explosives,” she added.

The deceased are suspected to be illegal miners operating at a nearby abandoned mine.

“An inquest docket was opened for investigation; a post-mortem will be conducted to confirm the cause of death.

“The bodies are not yet identified and their nationalities are still unknown but are suspected to be of illegal miners.”