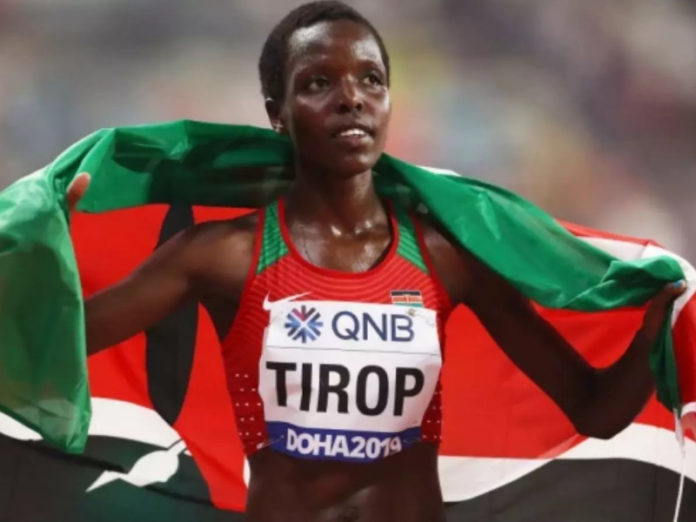 Athlete Agnes Tirop, who represented Kenya at the Tokyo 2020 Olympics, was found murdered in her apartment on Wednesday.

The professional long-distance runner, who lived in the town of Iten, Kenya, was found with stab wounds in the abdomen.

Her ex-boyfriend has been named as a potential suspect in a statement released by Athletics Kenya.

“Athletics Kenya are this afternoon distraught to learn about the untimely death of World 10,000m bronze medallist Agnes Tirop,” the statement read.

The 25-year-old competed in the 5,000m women’s finals in Tokyo where she just missed out on the bronze medal as she crossed the line in fourth with a time of 14:39.62.

Tirop’s career was short but highly distinguished, and her many achievements included claiming the bronze medal in the 2019 World Athletic Championships as well as winning the 2015 Senior Cross-Country Championships. In the latter, she became the second youngest ever gold medalist in the women’s event.

She also won the bronze medal at the 2017 World Athletic Championships 10,000m event.

But Tirop hit the peak of her career just over a month ago, when she broke the 10km World Record, taking 28 seconds from the previous record which had been held by Moroccan Asmae Leghzaoui since 2002.