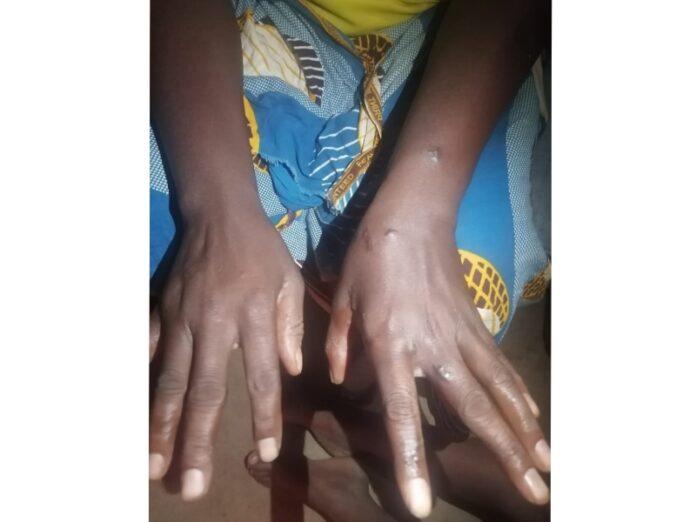 In an astonishing story of survival, a woman endured being raped, strangled and stabbed over 50 times before crawling to a nearby taxi rank in Soweto, Johannesburg for help.

In another act of bravery and heroism, the taxi drivers called an ambulance while a group of Lesotho nationals found the perpetrator, their own compatriot, and handed him over to the police.

Speaking afterwards to Scrolla.Africa, the 45-year-old woman said she left her spot selling mealies to fetch water some distance away – that’s where she encountered the man, 28-year-old Kgotso Rakgaleye.

“I knew the man. I was even comfortable asking him to pass me one of the buckets into my hands so that I could go and continue with my business,” she said.

“As I walked away from the tap, the man came from behind and strangled me with a rope on my neck.”

She said the suspect dragged her to the nearby bushes and repeatedly raped her.

“After he was done raping me, he told me that he will kill me because I could report him to the police.

“He pulled his knife from his jacket and stabbed me several times all over my body. He targeted mostly my face and my hands. He uprooted two of my teeth with a knife.

“I have scars all over my body from that incident,” she said.

After being left unconscious in the bushes where she experienced her awful ordeal, she mustered up the strength to crawl to the nearest taxi rank along Swartkoppies Road near Mall of the South. She said she believed the entire time that she would die before she got there.

While she was being rushed to Chris Baragwanath Hospital, her alleged rapist was hunted down by his own countrymen, who found him soaked in his victim’s blood. They apprehended him and handed him to the police to answer for the heinous crime.

“She told them about her ordeal and gave a description of a suspect wearing a cultural Lesotho National blanket. His homeboys went to the field looking for a suspect and apprehended him.  His blanket was soaked with blood,” said Captain Mbele.

The woman has said that she has to go through therapy to retrain her hands again so that she could be able to work and do things herself. “My life changed from that day.

“I can’t do anything by myself. My family has to bathe me, feed me and even help me when I have to go to the toilet,” she said.

Captain Mbele said the police would like to thank Orange Farm Taxi rank drivers for calling an ambulance and also the Lesotho Nationals who handed a suspect to the police.