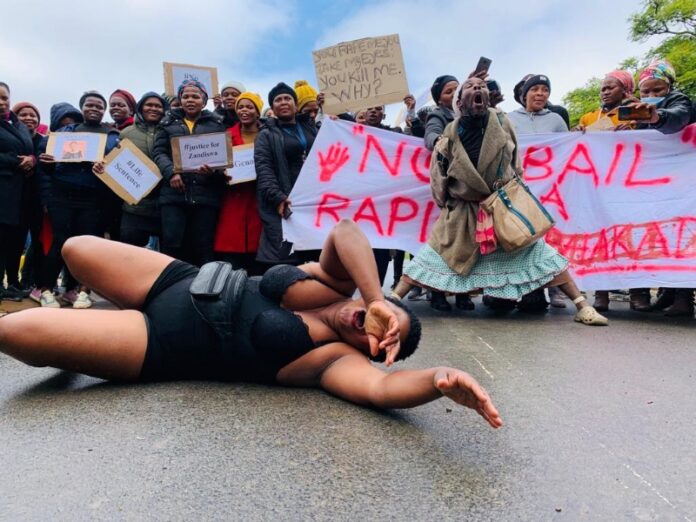 The 16-year-old Mount Ayliff teenager who survived rape and an attempt on her life will step out of Nelson Mandela Hospital in Mthatha on Freedom Day into a whole new world.

The Grade 10 learner has finally accepted that she will live the rest of her life blind after her attacker gouged her eyes out to avoid being identified for the heinous crime committed on Good Friday.

She used to express herself by wearing brightly coloured clothing whenever she went out of her home in Cabazana village to visit friends.

But in her new world she will now need assistance in virtually every one of life’s tasks.

She will lose her classmates and close friends from Phepheni High School, as authorities are expected to enrol her in a school for the blind.

Her family home in rural Cabazana, which has never been a home for a blind person, is being changed to accommodate her and her new mobility, which will include the use of a walking stick and a wheelchair.

The victim’s family’s spokesperson confirmed that neither of the victim’s eyes could be saved despite attempts by doctors.

She said the incident happened when the young woman was coming back from visiting her friends on Easter Weekend.

“Someone overpowered her and dragged her into a nearby forest and raped her over and over. He stabbed her several times with a knife and left her, thinking she was dead. By the grace of God she was able to crawl out of the forest towards the road where someone who was passing by stopped and took her home,” she said.

The 23-year-old man accused of raping her appeared at the Mt Ayliff Magistrate’s Court on Monday and the case was postponed to 5 May 2022.

Dozens of community members (pictured) defied the rain and cold weather outside the court to voice their disgust at this crime and to oppose the granting of bail to the accused.

Children’s rights activist Petros Majola of the Khula Community Development Project said churches, traditional leaders and government officials are expected to lead a convoy of cars that will take the courageous survivor from hospital to her home in Cabazana village, Emaxesibeni, almost 200 kilometres