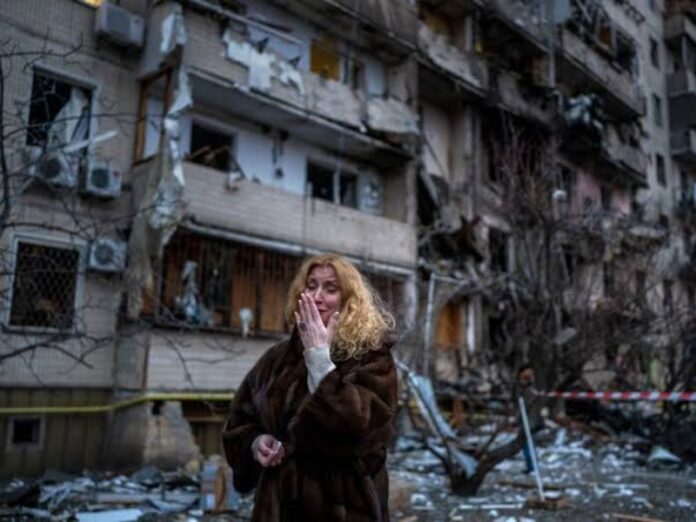 Reports and testimonies of war crimes committed in Ukraine has revealed the systematic use of rape against women and girls as a tool of war by Russian soldiers.

After a month of fighting following Russia’s invasion of Ukraine on 24 February, Russia announced last week that it would withdraw from the capital Kyiv and the northern areas around it.

When Ukrainian forces re-entered those settlements this week, they found clear evidence of war crimes: mass graves of civilians, bodies lying in the streets and women and girls who were assaulted and raped by Russian soldiers.

The world has reeled in shock at a picture taken by photographer Mikhail Palinchak on a highway outside Kyiv. The bodies of three women and one man lay under a blanket. The women were naked and their bodies had been partially burned, according to Palinchak.

Elsewhere, there have been horrific reports of women and children being raped by Russian soldiers in front of their own families.

In March, a Ukrainian MP told Sky News about a report in which a mother was raped in front of her own child.

“A civilian was shot dead in his house in a small town next to Kyiv,” Maria Mezentseva told journalist Sophy Ridge.

“His wife was – I’m sorry but I have to say it – raped several times in front of her underage child.”

On Saturday, the UK’s ambassador to Ukraine said that rape is being used as a weapon of war by Russian soldiers.

“Though we don’t yet know the full extent of its use in Ukraine it’s already clear it was part of [Russia’s] arsenal,” tweeted Melinda Simmons.