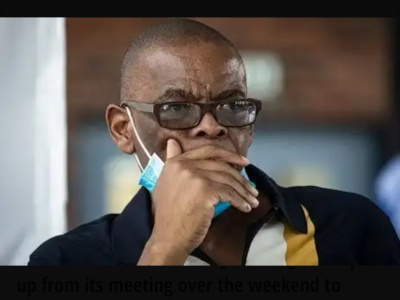 ANC President Cyril Ramaphosa has emerged for the first time in months as being fully in charge of the ANC.

For a while now factions vying for the control of the ANC had created an impression that Ramaphosa was a pushover who might serve only one term in office.

But this week, Ramaphosa fearlessly kick-started his complex programme of saving the party from the grip of corrupt leaders, by giving party secretary-general Ace Magashule 30 days to step down from his powerful position.

Closing the virtual NEC meeting on Monday, Ramaphosa cautioned members affected by the step aside policy, including Magashule, not to be defiant.

He told them to respect decisions adopted by the NEC.

“The 30 days will be used to enable the implementation of the decision in line with the guidelines and is not for review of the decision,” Ramaphosa said.

“There is no turning back now.”

Magashule faces fraud and corruption charges relating to the R255 million asbestos tender issued during his time as premier of the Free State.

Scrolla.Africa understands that the step aside policy plunged the virtual meeting into chaos.

Magashule’s allies, led by Tony Yengeni were against the policy.

Others, like Enoch Godongwane, debated in favour of it.

A defiant Magashule said only the branches had the powers to remove him.

“I will fight until the bitter end,” he told Scrolla.Africa yesterday.

Magashule said that the Integrity Commission should not be used to settle political scores.

Magashule’s five-year term ends next year when the party holds its elective conference.

Ramaphosa also distanced the party from Jacob Zuma’s unrelenting attack on the judiciary.

Zuma is in defiance of a Constitutional Court order, instructing him to appear before the Zondo commission.