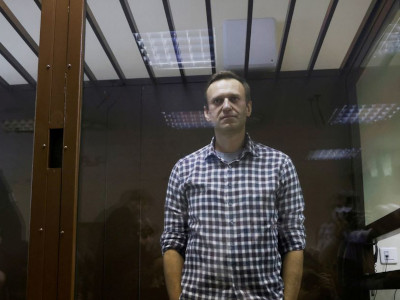 The doctors of the imprisoned dissident Alexei Navalny, Russian President Vladimir Putin’s most vocal  political opponent, have warned that he “will die within the next few days” if not given medical attention.

Four Russian doctors, including Navalny’s personal physician, have written an open letter to prison authorities to urgently request permission to treat him.

In the letter, they argue that his recent blood tests indicate that he could suffer cardiac arrest or kidney failure.

They say that his “catastrophically high” potassium levels could lead to heart failure “at any minute.”

Navalny has been on a hunger strike for the past 19 days in an attempt to receive medical treatment for acute back pain and leg numbness.

He is being kept in the infamous Matrosskaya Tishina, a prison which is known for the notoriously poor conditions in which its prisoners are kept.

He was jailed in February on old embezzlement charges and handed a sentence of two-and-a-half years.

Navalny, 44, almost died in August last year, when he was poisoned with the chemical nerve agent, Novichok.

He has openly accused Putin’s government of carrying out the attempt on his life, which Putin has denied.

However, Putin’s administration has a long and extensive history of being accused of poisoning its political opponents.