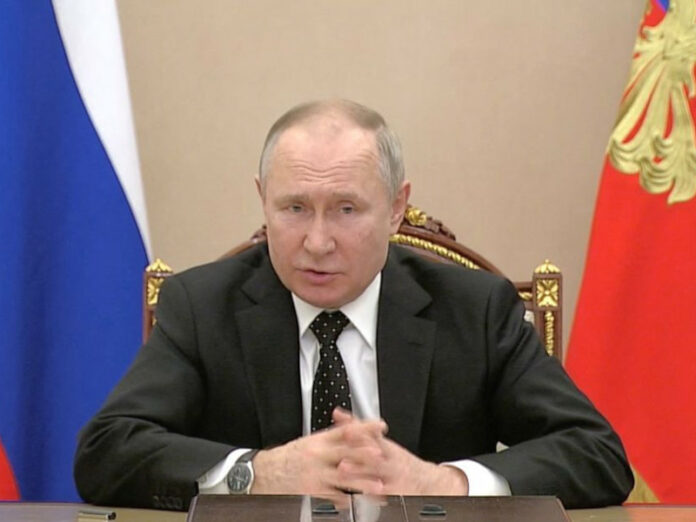 Russian president Vladimir Putin has ordered the country’s nuclear deterrence forces to be put on high alert as tensions continue to escalate with Western nations.

In a televised meeting broadcast on Sunday, Putin said that the move is being made in response to “illegitimate western sanctions” over Russia’s invasion of Ukraine.

“I order to move Russia’s deterrence forces to a special regime of duty.”

It is unclear what “special regime of duty” entails, but the move will heighten fears that Russia would be prepared to use nuclear weapons in its war with Ukraine.

Russia has the largest stockpile of nuclear weapons of any country in the world but Nato has enough to destroy Russia.

The move does not necessarily mean Putin intends to use nuclear weapons, according to BBC security correspondent Gordon Corera, but should be seen as “a way for Moscow to send a warning” to the West.

Hundreds have been killed since Putin ordered troops to invade the eastern European country on Thursday morning.

The European Union, UK, US and other Western powers have condemned the invasion and imposed economic sanctions on Russia.

On Sunday morning Ukrainian forces repelled an attack on the city of Kharkiv, the country’s second-largest city.

Journalist John Simpson tweeted, “This is the kind of moment we’ve feared almost my entire life. And why is he doing it?  Because his wholly unnecessary invasion of Ukraine doesn’t seem to be going to plan.”