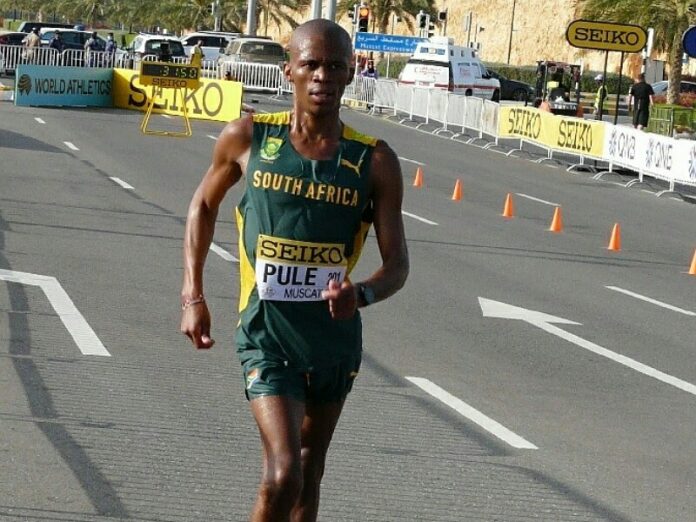 After enjoying fantastic performances on the road last year, Tumisang Pule, a top South African walker, is aiming to replicate his form in 2023.

In one of his memorable achievements last year, Pule received a golden opportunity to represent the country at the World Athletics Walking Championships in Muscat, Oman.

“I think last year I had a wonderful year in total. To get a chance to represent the country at the world stage is up there in terms of career achievements,” he told Scrolla.Africa.

Despite being a 20 km specialist, Pule is going to open his season in an unfamiliar 35 km distance in the SA Championships on 28 January in Cape Town. His decision was widely influenced by his coach, Sandor Racz.

“My coach always emphasises that I have the ability to perform at the best in bigger distances. He is the one who said I must try and see what is working for me. I don’t have bigger ambitions but whenever I’m racing I remain competitive so that approach hasn’t changed.”

Born and raised in Krugersdorp, the 25-year-old athlete had running as his first choice but was inspired by Lebogang Shange, the SA 20 km race walking record holder, to switch to walking.

“Whenever I was training on the track, I used to see Shange do race walking with ease. Then one day I told myself I would try it. Since then, I have never looked back.”

Pule has lofty ambitions, including making the discipline being recognised more widely in the country.

“My biggest goal is to get more overseas races in order to improve my times. Plus there is too much competition in Europe. That will result in seeing walking gaining recognition in our country.”