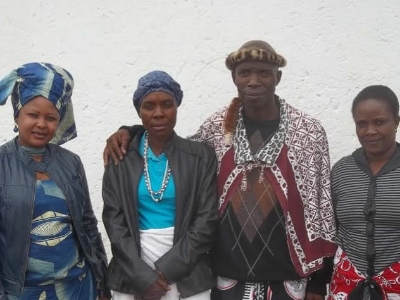 Being in a polygamous marriage is not always a walk in the park.

This is according to 64-year-old polygamist Fanyane Hlongwane.

“You are forced to deal with different personalities. It takes a level-headed man to keep all the wives happy,” he said.

Hlongwane, a traditional healer from Stinkwater, Tshwane, is married to four wives. He has 28 children, 40 grandchildren, and he has also separated from six wives in his lifetime.

He said polygamous marriages fall apart when the wives are in conflict.

“The cracks in any marriage start showing when there is favouritism,” he said.

“They all want your attention and it should be given in the agreed terms.”

He said, financially, the husband has to be open with all of them.

“They must know how much you have for the month so that you can all draw up a budget, “ he said.

He said both his grandfathers had three wives, while his father was married to two.

“My uncles married more than one wife. If a man can love and financially support big families then they should commit to a polygamous setting,” he said.

At the age of 21, Hlongwane married his sweetheart, but she comes from a polygamous family and it was easy for him to marry a second wife at 23.

He said he never cheated on his wives and they are always aware of his plans.

“If they are against me marrying a certain woman, I respect their wish and move on,” he said.

He works hard to ensure that his wives and children don’t go to bed on an empty stomach. Even though two of his wives are working they are not allowed to provide for his children.

He said he built homes in the same area for his wives and he spends three days at a time with each wife to keep them satisfied.

“We go for regular medical tests which include HIV,” he said.

“I love all wives equally. We have been a big, happy family for 35 years.”