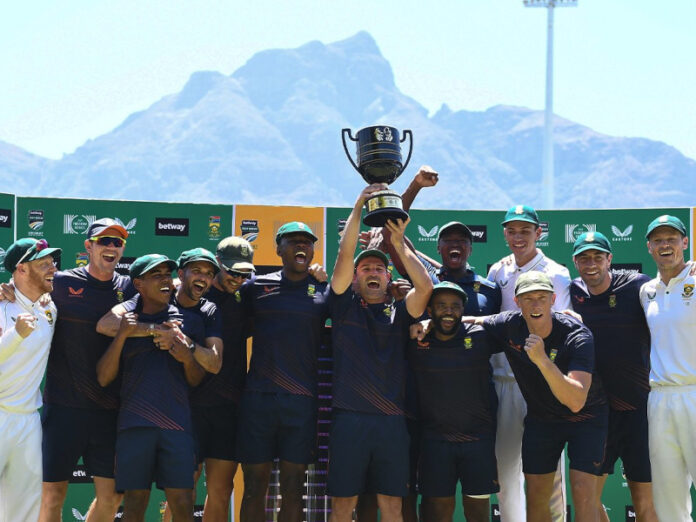 The South African batsman made easy pickings of the 212 run chase in the final test against India at Newlands and went on to win the three match series 2-1.

After India dominated the first test in Centurion, Dean Elgar led the batsmen in the final innings in Johannesburg and today was Keegan Petersen’s turn. Like the second test, South Africa won this one in four days by 7 wickets as well.

Petersen scored 83 off 113 balls and did the hard yards before Temba Bavuma joined Rassie Van Der Dussen in the middle for a good cameo as the winning runs were struck.

Player of the series Petersen said post-match that it was all about having the right mindset.

“It hasn’t sunk in yet. I was trying to be positive and then build on that. It’s been difficult conditions all around and I was just sticking to my guns,”

“We knew it was going to be difficult. They’re a high quality bowling attack, a high quality team. We just wanted to have the mindset to fight it out. The longer you bat, the easier it gets,” he told SuperSport.

Protecting their unbeaten test series record against India, even now with the sub-continental team at number one in the world rankings, will be a massive confidence booster for this Proteas side.

Especially with their next test series up against New Zealand away from home in a month’s time.

The one day international series against India is next on the calendar with the first of three taking place in Paarl on Wednesday.