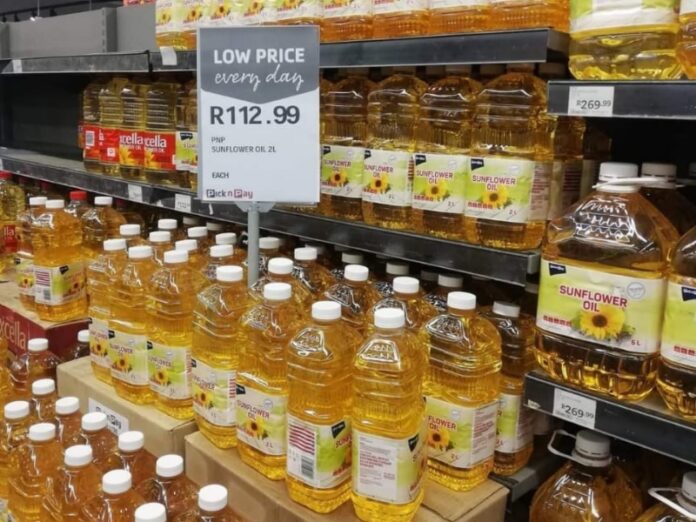 Khomotso Mashabela doesn’t fully understand what the war between Ukraine and Russia is about but her mango achaar business is suffering from its consequences.

In December last year, a 2-litre bottle of sunflower oil cost R45, with 5-litres at R120. Today the prices are more than double and experts warn about more price increases in the next few weeks.

Mashabela, 39, from Mmotong wa Perekisi outside Polokwane, uses sunflower oil to mix her achaar before selling it to her clients.

Since 2015 she has enjoyed good profits from selling achaar, a condiment that is a staple for many families.

In a month Mashabela was able to sell between 80 and 100 kg of achaar and for that she needs more than 20 litres of oil.

“I’m even considering closing down my business. What will be my profit when I have to spend double what I used to on the oil? The food prices are high and as much as our people like achaar they won’t pay more for it,” she said.

Ukraine supplies nearly half of the world’s sunflower oil, on top of 25% from Russia, and the war has interrupted shipments and sent cooking oil prices soaring.

Indonesia’s President Joko Widodo said he wanted to ensure the availability of food products in his country after global food inflation soared to a record high.

“The people’s need is a more important priority,” Widodo said in a statement.

Southern Oil Commercial, a manufacturer and supplier of cooking oils, said prices went up due to a severe shortage of oil seed products.

The company’s commercial director, Morné Botes, said consumers need to understand that the price is increasing and it’s not going to decrease quickly.

Botes advised consumers to filter the oil after use so that it can be reused.

“The prices are definitely going to increase and remain there for a while and there is no real alternative to it,” he said in an interview with EWN.

Some supermarkets in countries such as Turkey, Spain, Italy, Germany, and the UK have imposed limits on cooking oil purchases to ease the shortage.