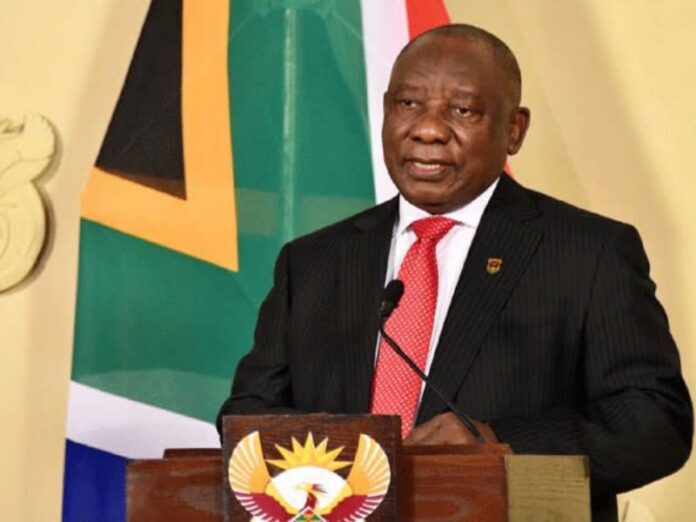 In his weekly letter on Monday, the president pleaded with South Africans to fight crime and not migrants.

“Attacking those we suspect of wrongdoing merely because they are a foreign national is not an act of patriotism. It is immoral, racist, and criminal. In the end, it will lead to xenophobia, whose consequences we have lived through in previous years,” he said.

Twenty-five years ago, our new democratic Constitution came into effect. In adopting this Constitution, we affirmed our commitment to a society based on democratic values, social justice and human rights.

Ramaphosa said it is deeply disturbing how the recent incidents of anti-foreigner sentiment in parts of the country echo our apartheid past.

“We have seen people being stopped on the street by private citizens and being forced to produce identification to verify their immigration status. We have seen some political leaders making unscientific statements about immigrants to exploit people’s grievances for political gain.

“We have seen marches being led on people’s homes and their dwellings raided for evidence of criminal activity. We have seen people being attacked, hurt and even killed because of how they looked or because they have a particular accent.

“This was how the apartheid oppressors operated,” said the president in his letter.

Ramaphosa reminded citizens of the dark days of apartheid where its government could prohibit some people to live in certain areas, operate certain businesses or take certain jobs.

He said under apartheid, black people were deemed suspects by default and stopped by police when found in so-called white areas. Black people were forced to produce a dompas and if they could not do so, they were jailed.

“We cannot allow such injustices to happen again,” said the president.

He said the events in the Gauteng township of Diepsloot last week were a tragedy. In the course of a single weekend, seven people were killed, sparking protests.

This loss of life is deplorable, as is the killing of a fellow African from Zimbabwe allegedly at the hands of vigilantes.

The president however acknowledged that crime is a serious problem in this country. It affects all communities and people are justifiably tired of living in fear of criminals.

“Crime, not migrants, is the common enemy we must work together to defeat. We cannot defeat crime through incitement, violence, intimidation, and vigilantism aimed at foreign nationals, and specifically nationals from other African countries.”