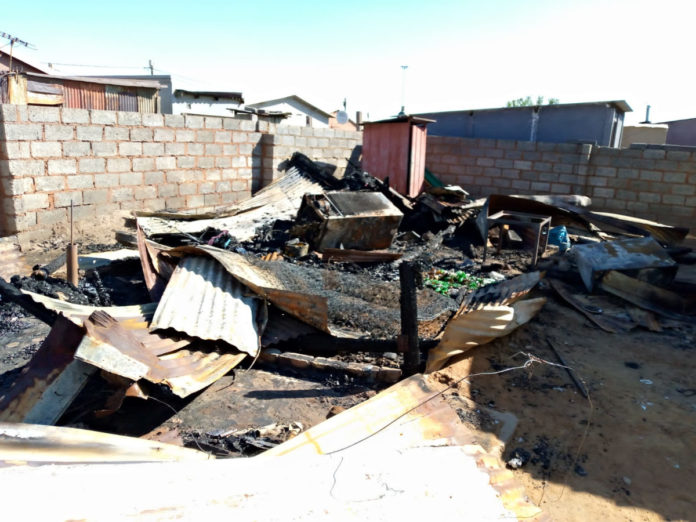 A fight between a married couple ended with the mother, her unborn child and her nine-year-old son dead in a shack fire.

The father, the sole survivor of the fire, fled the scene and has not been seen since.

The son of a neighbouring family, also aged nine, sustained injuries trying to save his friend from the flames.

The fire, which also burnt down neighbouring shacks, broke out on Tuesday night in Duduza, Ekurhuleni.

In the aftermath, the heavily pregnant woman was rushed to Pholosong Hospital, where she succumbed to her injuries. Her son, meanwhile, had been burnt beyond recognition in the fire.

The source of the fire remains unclear, but it is alleged that the couple had been fighting shortly before it broke out.

The couple, who are originally from Mozambique, are reported to have fought so much of the time that their landlord had given them notice to leave their rented shack.

Their neighbour, Sakina Langa, told Scrolla.Africa that her shack was close to the couple’s and had also been burnt to the ground.

She immediately ran back inside her own shack to wake her two children.

Sakina says she didn’t pay attention to the couple’s fight that night because it was nothing out of the ordinary; they always fought and they always made up afterwards.

“An hour later, I heard the man calling for help to open the door from outside because they were stuck. My nine-year-old son, Musa tried to run into their shack to save his friend, he sustained burn injuries on his hands and legs.”

She added that she is grateful that her family survived the fire even though they lost everything.

Duduza police confirmed an inquest case has been opened following the incident.

“No one has been arrested and we are still trying to track down the missing husband,” he confirmed.