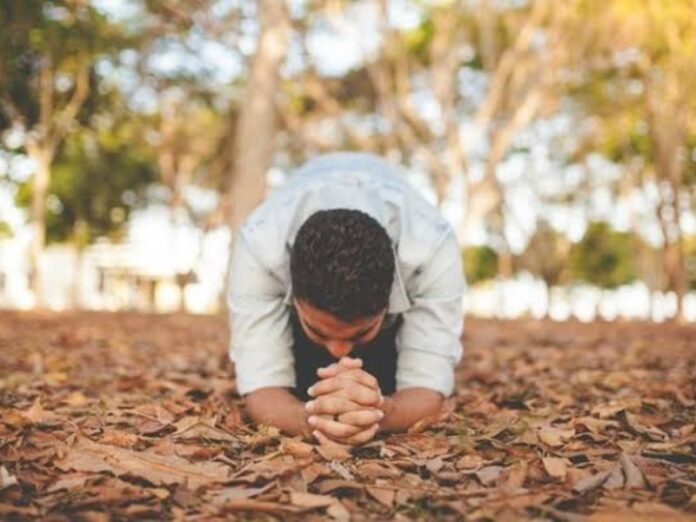 Most believers would argue that prayer is a powerful weapon to cast out evil. Some quote Isaiah 54:17 in the Bible that says: “No weapon that is formed against you will prosper.”

But the power of prayer was not enough to save a 38-year-old man from Rabie Ridge, near Midrand, who was robbed of his car and other belongings at gunpoint.

Rabie Ridge police station’s Sergeant Dipolelo Moremi said the man came to the police station on Thursday morning to report a case of robbery of a motor vehicle, which was taken by three armed men while he was praying in the bushes.

Sergeant Moremi said the man reported that he normally goes to the field and pray to God for protection from evil, and for blessings.

On Wednesday night, as he always does, he left home in his Silver Hyundai Accent to pray. But then, three armed men came to him pretending that they were seeking help to get directions.

Before he could answer them, the men produced firearms and demanded his car keys.

She said the man had parked his car next to the scrap yard near the open field in Austin View.

“The suspects approached him to ask for directions. Two of the suspects took out firearms and pointed at him and demanded his vehicle keys. The two suspects drove off in his vehicle,” said Sergeant Moremi

She said the third suspect was left behind guarding him in the field for more than four hours.

“Before the suspect who was guarding him left, he demanded the pin for his bank card.

“The victim gave out his pin to him and ran away. He disappeared in the darkness leaving the traumatized man alone in the bushes.”

The man reported that he was robbed of his cellphone, money, internet router and his car

The suspects are still on the run.

Anyone with information that can lead to the arrest of the suspects can contact their nearest police station or call 0800010111.