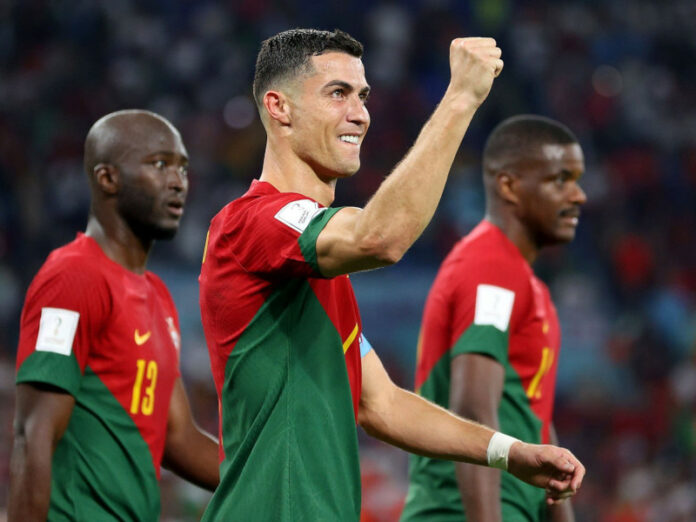 All five African sides at the Qatar World Cup failed to win their opening fixtures as Portugal defeated Ghana 3-2 on Thursday night.

The fixture looked destined for another stalemate with the first half ending goalless without many chances for either side.

The only moment of excitement came when Cristiano Ronaldo had the ball in the back of the net but the goal was ruled out for a foul on the defender in the buildup.

It was that man again as Ronaldo opened the scoring with a historic goal, his penalty putting him as the only player to have scored at five different World Cups.

The 37-year-old would have felt the opening goal would be enough to get his side the win but it was not to be just yet as Ghana equalised moments later through Andre Ayew.

The game looked destined to end in a draw with 10 minutes left on the clock when Joao Felix burst through on the Ghanian goalkeeper before slotting home to restore Portugal’s lead.

The final nail in the coffin for Ghana came when substitute Rafael Leao scored the third and final goal for Portugal on the night.

It could have been late drama for Ghana when Osman Bukari scored to bring the score to 3-2 — Portugal, however, managed to hold onto their lead and claim victory.

It was almost an extraordinary ending when in the final minute of added time, Portugal goalkeeper Diogo Costa put the ball down, not knowing there was a Ghanian player behind him who almost snuck the ball around to tap home the equaliser.

However, the striker slipped and was unable to find the back of the net.

Portugal boss Fernando Santos will be delighted with the result given the other group game between Uruguay and South Korea ended in a draw.

The 2016 European Championship winners will now know that victory over the South Americans on Monday night will see them advance to the knockout stages in Qatar.

Ghana on the other hand will need to win their remaining two fixtures if they are to stand any chance of progression.

With all the African sides opening fixtures in the group stage complete, none of the five qualified were able to claim maximum points.

Only Morocco and Tunisia were able to gain any points with their draws while Cameroon, Senegal and Ghana all suffered defeat.