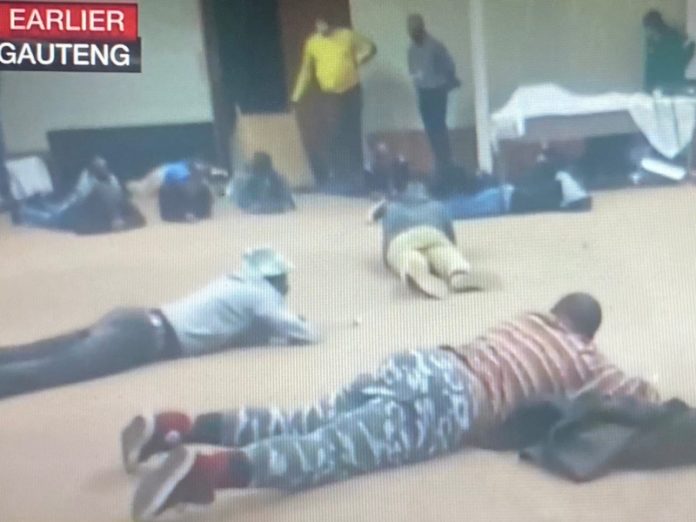 Using stun grenades, the Special Task Force had to breach the St George’s Conference Centre in Irene after the angry veterans took the cabinet ministers hostage.

The drama began at 7pm when the veterans demanded to see President Cyril Ramaphosa and Deputy President David Mabuza.

“After attempts to negotiate with the hostage takers to release the hostages had failed, police resorted to a tactical approach and successfully rescued the hostages. There were no shots fired during the rescue,” Naidoo said.

This is the second time this week that angry former soldiers have tried to get the ANC leadership’s attention.

On Wednesday a group calling themselves Liberation Struggle War Veterans stormed Luthuli House in Johannesburg. The group of former combatants had been sleeping in the ANC offices since the weekend. They are demanding R2.2 million each for their years of service during the struggle against apartheid.

On Thursday night, the group’s leader Lwazi Mzobe said it wasn’t as dramatic as the police made out. When police stormed the conference centre, the vets were “waiting with the ministers,” he told News24.

“We are all lying on the floor. They said they are arresting all of us.”

Gungubele, a staunch ally of Ramaphosa’s, said both he and Modise “advised the protectors not to do anything because there was a mixture of people that were there”.

“Our protectors could not do anything because it would have made things worse,” Gungubele told News24.

Naidoo said: “at least 56 people, including seven women, have been arrested and they are likely to face charges of at least three counts of kidnapping.”

Three suspects were taken for medical checks after they complained of pains, he added.