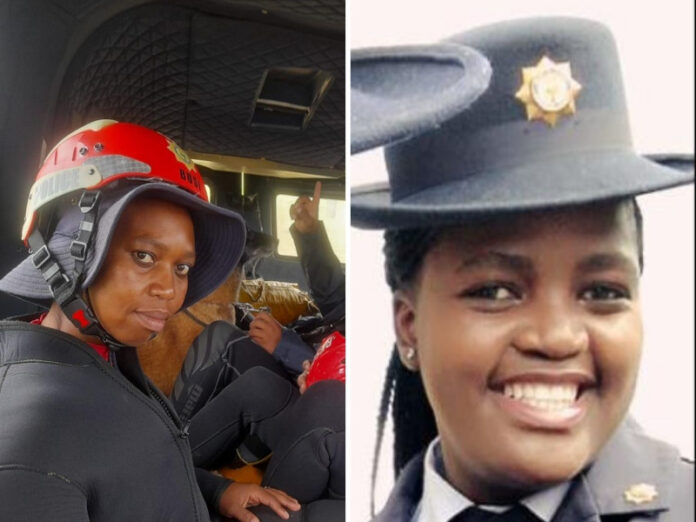 Two police officers have died as a result of KwaZulu-Natal floods.

Sergeant Busisiswe Mjwara and a K9 dog Leah drowned while on a rescue mission during the devastating floods in KZN while Constable Thandazile Sithole died when her home collapsed on her earlier last week.

In a statement released on Sunday, the national police commissioner Fannie Masemola said at about 11:30 on Sunday morning, 42-year-old Sergeant Mjwara was conducting a search and rescue operation in the Msunduzi river for three victims that had drowned earlier in the week when she got into difficulty and drowned.

“The member was airlifted to a nearby hospital but was sadly declared dead on arrival.”

She said at least thirty police officers have been affected by the floods with some injured and the majority displaced after their homes were washed away.

Commissioner Masemola said the SAPS has been dealt a blow with the passing of its dedicated members.

Masemola said additional members and resources from the SAPS Search and Rescue units in neighbouring provinces have been roped in to help in the search and rescue operations. The SAPS Airwing, K9, and police diving units as well as front line officers have formed part of the government’s coordinated and concerted efforts to strengthen support to affected areas.

Meanwhile, the SANDF has deployed 10,000 troops to the troubled province to help authorities manage the aftermath of one of the worst floods to hit the province since 1987.

By Sunday, the death toll was close to 450 with dozens still missing.