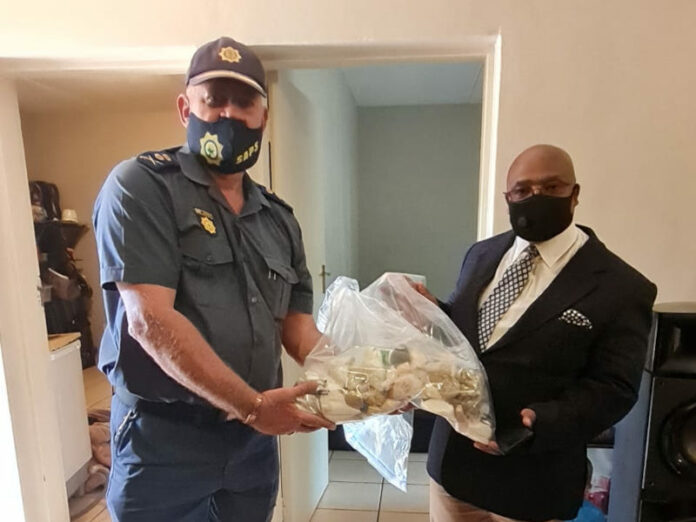 This comes after the police received information about the presence of drug dealers at Thornhill suburb. On arrival at the identified premises the police found a 24-year-old woman and when searching the house they discovered heroin and Crystal meth worth R4.2 million.

According to police spokesperson Brigadier Motlafela Mojapelo a foreign national believed to be the woman’s boyfriend allegedly fled the scene after realising that the police were approaching the premises.

The police proceeded to an identified house in the same estate where drugs and R400,000 cash was discovered.

Mojapelo said a 50-year-old man was arrested at the house and his car was seized.

Acting Provincial Commissioner General Jan Scheepers, who visited the scene praised the officers for reacting promptly to the information received.

“This is one of the most significant successes that the police have achieved in the province thus far. The police will continue to operate and target drug dealers to save the lives of the people of Limpopo,” said General Scheepers.

The two suspects will appear in Polokwane Magistrate’s Court on Monday. Police said they will be making more arrests soon.