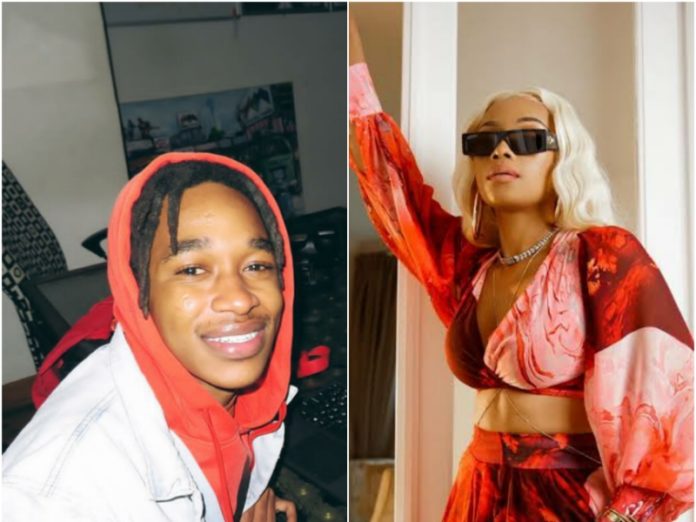 YouTube podcaster, Rea Gopane has apoligised to Bonang Matheba for claims he made regarding her and AKA. Rea was served on social media after Bonang’s team could not reach him. And the demands: a public apology and R500,000.

The media personality turned liquor businesswoman, served Gopane with a letter letting him know she intends suing him for defaming her and for damages incurred.

In a widely circulated video clip taken from the podcast, Rea is heard telling Black Steph, co-host on their show Everything SA Music that they heard confidentially from Siyabonga ”Scoop” Ngwekazi that Bonang Matheba introduced AKA to cocaine.

The letter shared by Bonang reads: “In the context of what was being discussed in the video clip this defamatory allegation was exacerbated by the shocking insinuation that the death of AKA’s girlfriend Anele (Nellie) Tembe was due to AKAs alleged use of cocaine.”

In the document, dated 16 May, Bonang’s lawyer Stephen Thomson of Thomson Wilks said he had requested Rea to retract the statement and write an apology to Bonang previously but he did not do so and started ignoring calls and refused to furnish them with his email address.

“While an apology and retraction will go some way towards ameliorating the hurt and the assault on my client’s reputation and her dignity, my client also intends seeking financial compensation in the form of damages,” the letter reads.

The letter continues with a demand for R500,000 within 10 days and if it isn’t paid, a summons will be issued.

Bonang requested Rea to send her his email address but he responded on Twitter with: “You have my number. I love and appreciate you. Take care.”