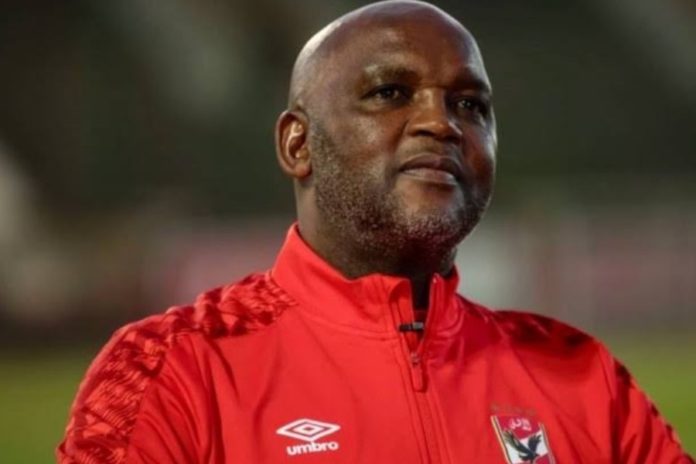 Pitso Mosimane’s Al Ahly will face European champions Bayern Munich in the semi-final of the FIFA club world cup. The Egyptian giants beat Qatari outfit Al-Duhail 1-0 on Wednesday to book their place in the semis.

Their next opponents are Bundesliga champions Bayern Munich who humiliated Spanish giants Barcelona 8-2 in the semi-finals. Bayern booked their way to the club world cup by beating Paris Saint Germain 1-0 in the final of UEFA Champions League last year.

This would be Mosimane’s second club world cup appearance as a coach. His first was with Mamelodi Sundowns in 2016 and made him the only South African coach in history to be in this tournament.

Al Ahly wound up appearing in this competition for the 10th time and this won’t be the first time facing the German’s.

“We already know Al Ahly. They’re the African Champions League winners, so it wouldn’t be an easy game at all,” Bayern’s captain and the goalkeeper Manuel Neuer said in the FIFA media.

“The same was true in 2013. It’s not very easy to play against sides you don’t know very well.”

There has been an African team that has won the club world cup let alone being in the final. Should Mosimane did the unthinkable and beat the European champions and go through to the final he will write his name in the tournament’s history books.

This match will be held at Al Rayyan Stadium in Qatar on Monday at 8pm.